The legendary musician headlined the Cruisin’ Country component of Super Cruise 2022, the biggest at-sea music festival onboard Royal Caribbean’s Ovation of the Seas.

If you missed it, you can catch Williamson again this year when Cruisin’ Country 2023 sets sail in the first week of December. 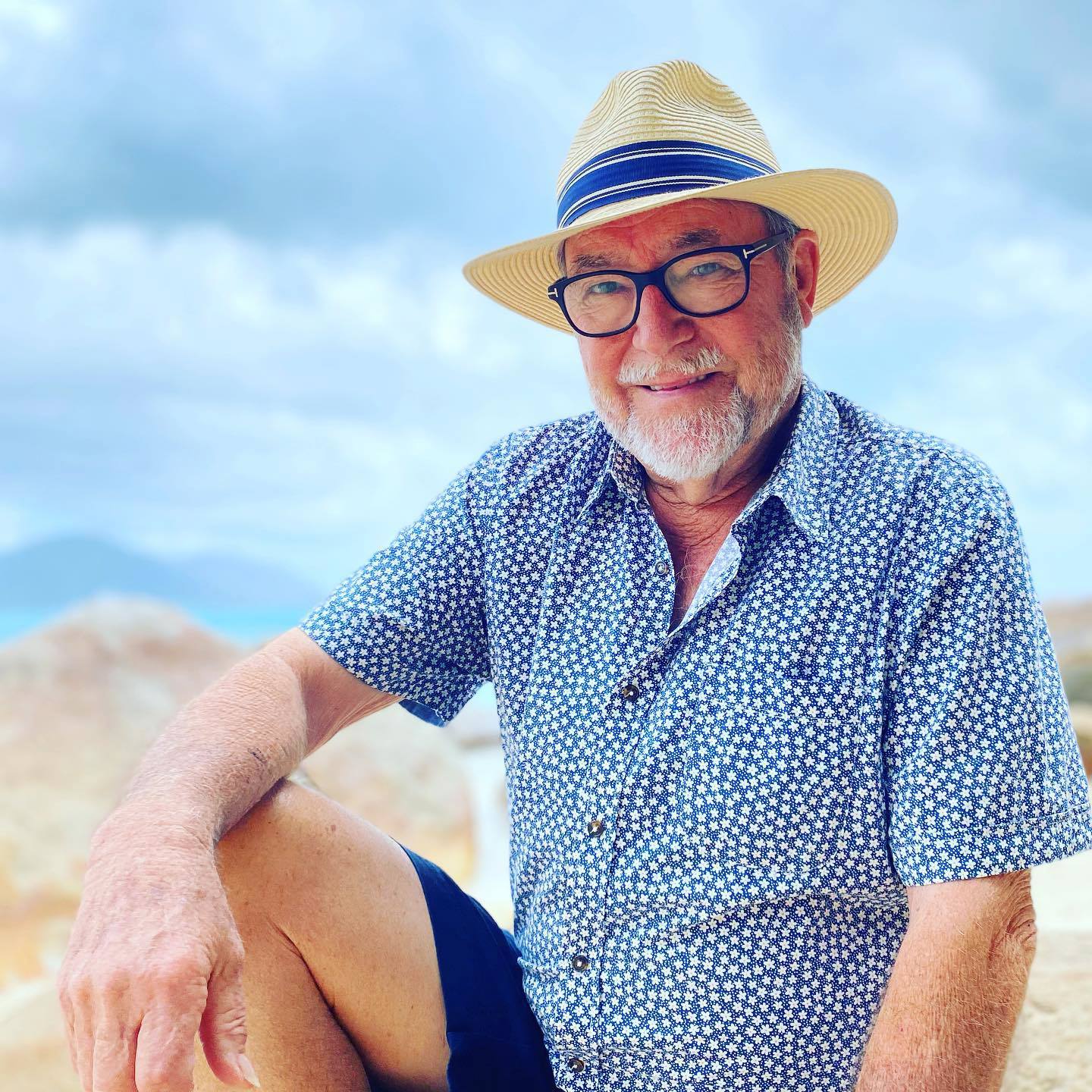 But for now, the 24-time Golden Guitar winner is scaling it back once again for fans by hosting his annual shed sessions in his very own backyard on his 180-acre property in Queensland’s Hinterland in June, which coincides with the anniversary of the release of his very first single, Old Man Emu – the first song he ever wrote.

For two nights that month, which are almost sold out, Williamson will open up his home in Springbrook where he’ll play his hit songs for fans inside his beloved Willoshed – a shed he built on the property. And the musician looks forward to it as much as his fans do.

“It’s really sharing how lucky we are to have this place. But we overlook complete wilderness and overlook the rainforest, and people just get a lot of fun just being there, let alone the show,” he tells 9Honey Celebrity.

“I put on a two-hour show in the middle of the day and they get a sausage and a free beer and it’s an experience.”

His picturesque Springbrook home is also where he retreated amid the COVID-19 pandemic – and it was during this lockdown that Williamson got a taste of retirement.

“It gave me an idea of what retirement would be like and because we’ve got a beautiful property above the Gold Coast up in the mountains, there’s plenty there,” he says.

“I’ve built a greenhouse during COVID, so I’m working on that. I’ve built a chook yard but I haven’t got the chooks yet, but I’m getting ready for retirement. It’s just I’m gonna do a lot less.” 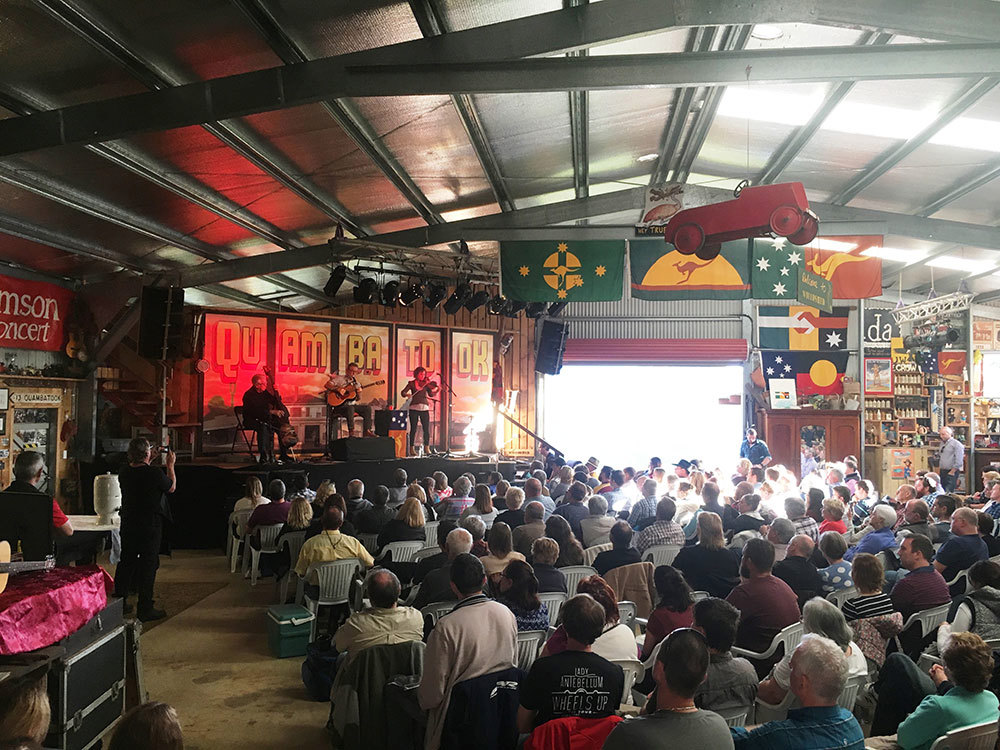 “I came from the land and now I’m back on it. I’m just happy, so happy to be there … It keeps me alive and creating. Once I get away and go on stage, I think, ‘Oh, this is what I do.’ But I’m finding it harder to leave home every time.”

No matter where the seas may take him, Williamson will always remember his roots: a boy from The Mallee in North-western Victoria who was meant to join the family farming business. Although he didn’t stick to farming like his dad and four brothers. 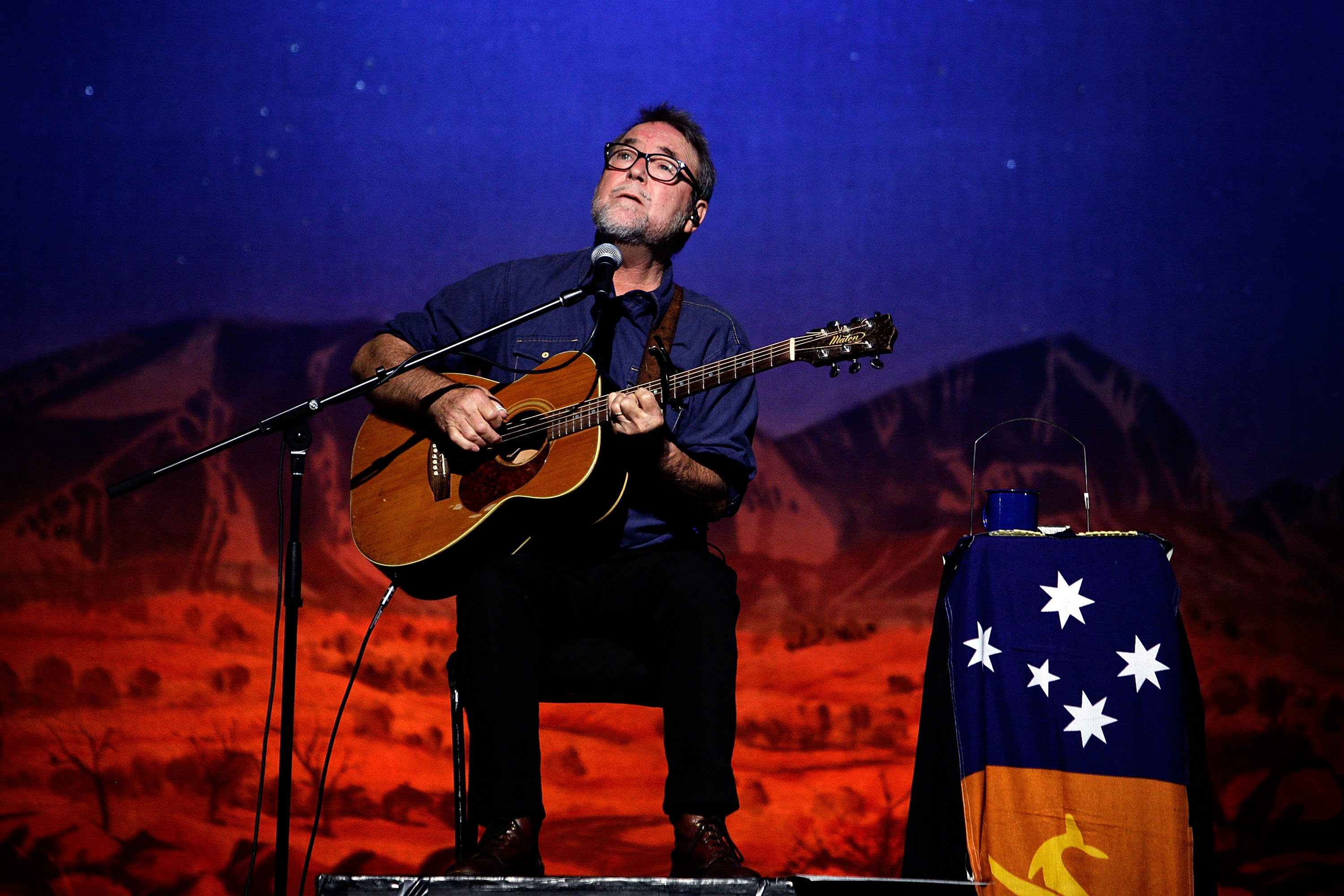 “I was a farmer for seven years and by then my next brothers had come up anyway. I was the oldest so they had no problem losing me,” he laughs.

“I stayed involved for a while but eventually I realised music was gonna be my life. And it’s a good life. I’m sure that’s why we keep going. It’s a job. The job is to make people happy, really. It’s not a bad job to have.”

Putting a smile on people’s faces is Williamson’s biggest hit, Old Man Emu, which he wrote on a tractor back in 1970 when he was just 25 years old.

The musician is still fond of the song five decades later – and he’s thrilled both old and new fans love it just as much.

“It was the number one in Australia for five weeks and it was a big hit, but it’s just a novelty thing and it lasts because kids are born to it. It never dies,” he says of the catchy song. “Music has always been my love since I was a kid. To think that I’d still be going 52 years later.” 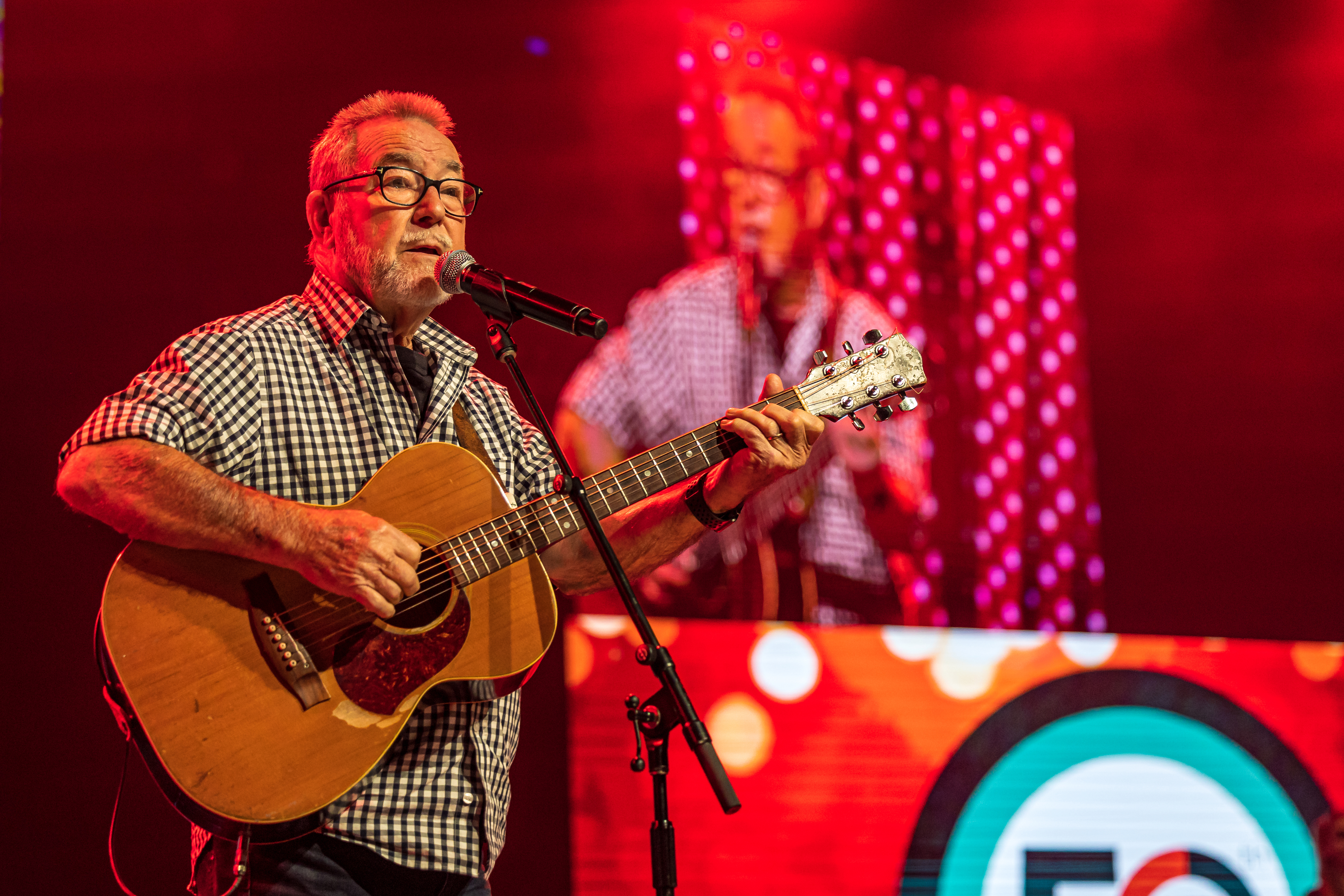 Perhaps Williamson has been in the industry for so long because he keeps it true blue. Throughout his career, he remained focused on singing and songwriting and listened to his gut.

“It’s easy to be yourself – it’s not hard to do,” he says. “I think that’s the problem with some of the artists now, they haven’t got the confidence to be themselves.”

“Everybody gets embarrassed with their own sound when they first hear it, you gotta get used to that. Once you’ve got that confidence, well the road ahead is a lot easier.

“I think that a lot of the problems with some singers is they haven’t really come to terms with how they really sound themselves … Just sound like who you are and you’ll find that that will get across to people because they want to know who you are, not who you are trying to be.”

For more information or tickets to Cruisin’ Country, visit Choose Your Cruise.