The 32-year-old model announced that her and fiancé Jason McDonald are expecting their first child on Friday.

Taking to Instagram, Hunt, who has been engaged to the 35-year-old photographer since January 2020, posted two shots of herself beaming in a black bikini, showing off her growing baby bump.

“full heart 🙏 growing belly 🕊🌱”, she captioned the post, which she also shared to her story.

McDonald so far has not made any announcements on his own social media.

This will be both Hunt and McDonald’s first child. 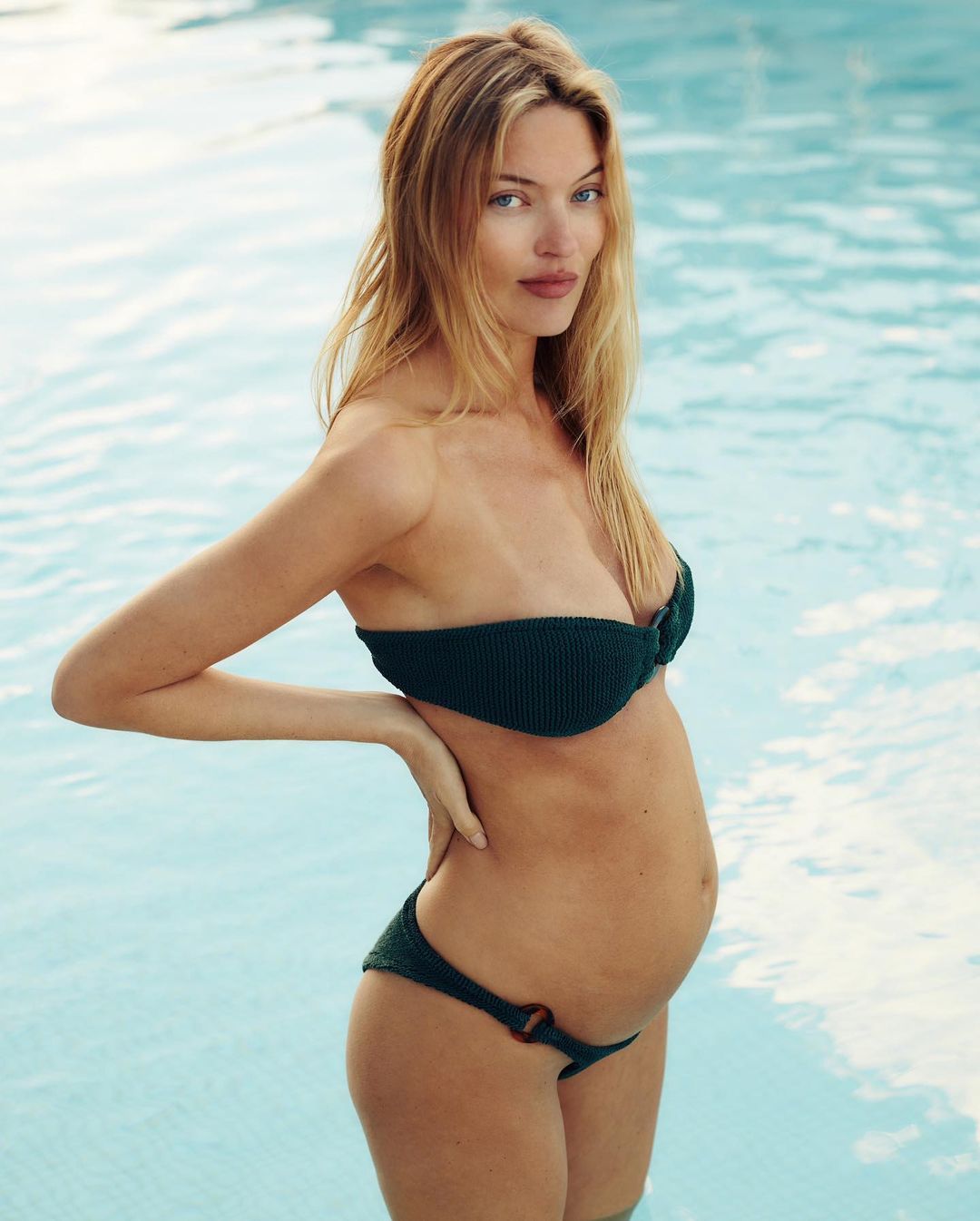 There’s no word so far on the due date nor the gender of Hunt’s impending bundle of joy, but that didn’t stop stars and fans alike from flooding her post with supportive and congratulatory comments.

In January 2020, she announced her engagement to McDonald with a post containing multiple photos of the loved-up couple, headlined with a shot of Hunt with her left pointer finger to her lips — showcasing her new bling-adorned left ring finger — with the caption: “i have a secret…”

McDonald reportedly proposed to Hunt on Harbour Island in the Bahamas on January 5 2020, but Hunt didn’t announce it until three days after. 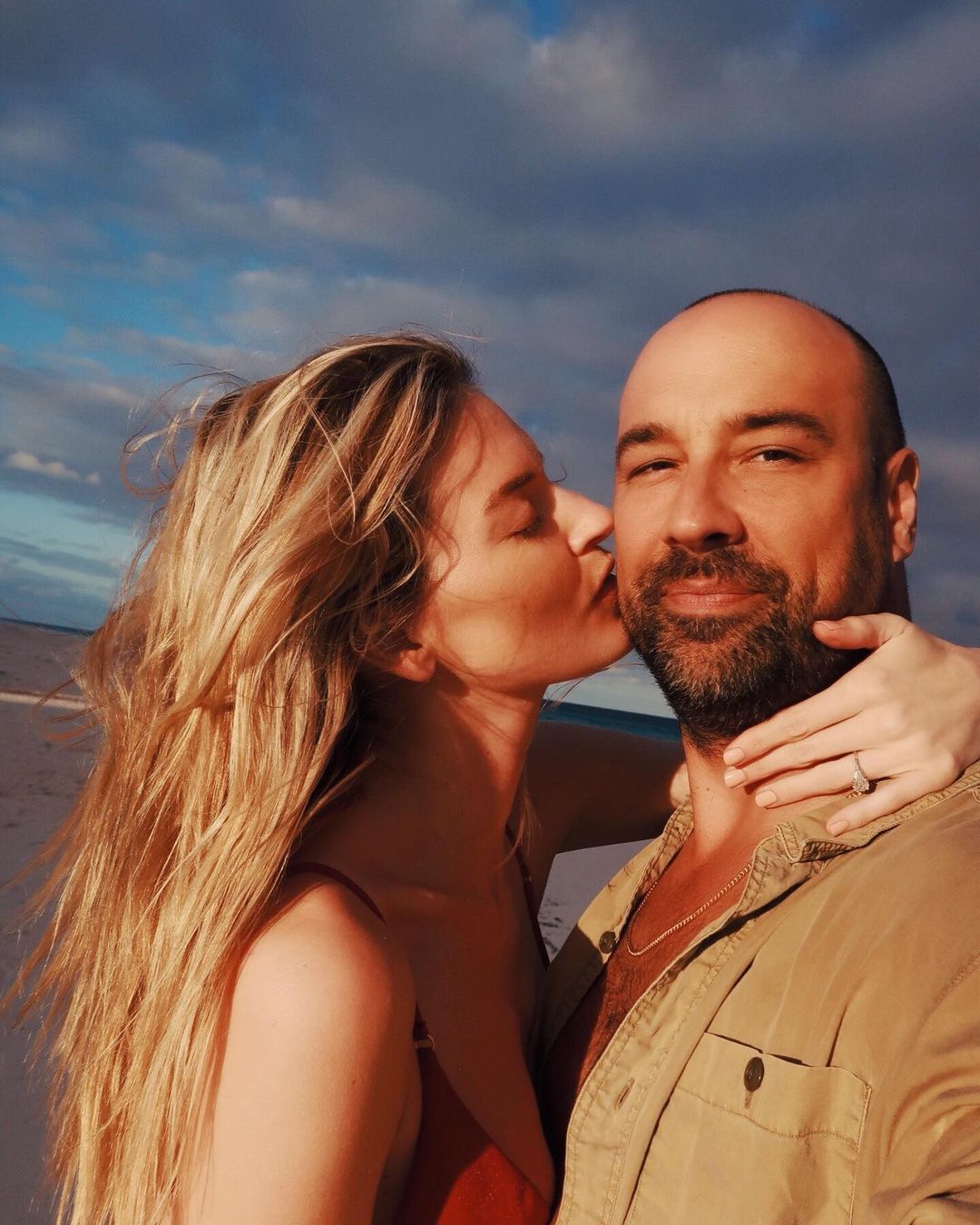 Hunt and McDonald apparently met on a Free People photoshoot in 2015 — he is a professional photographer by trade — but have kept a majority of their relationship out of the public eye.

While they do occasionally share happy snaps to their social media, not many details are known about their private life.