Singer Joe Jonas and wife Sophie Turner have shown us once again why they are the King and Queen (of the North) when it comes to loved-up Hollywood couples.

The actress, best known for her role as Sansa Stark in Game of Thrones, recently posted a series of steamy shots to Instagram, including one where she struck a pose in a green, black and blue ensemble in front of a mirror.

“I’ll have a piña colada please,” Turner captioned the images, before commenting again on the post, “I know my mirror is dirty k?”

Fans were quick to compliment the 25-year-old, and so was her 31-year-old husband.

Cue Turner’s followers immediately — and rightfully — gushing over the couple.

“Stick with the person who treats you like Joe treats Sophie,” one fan said. 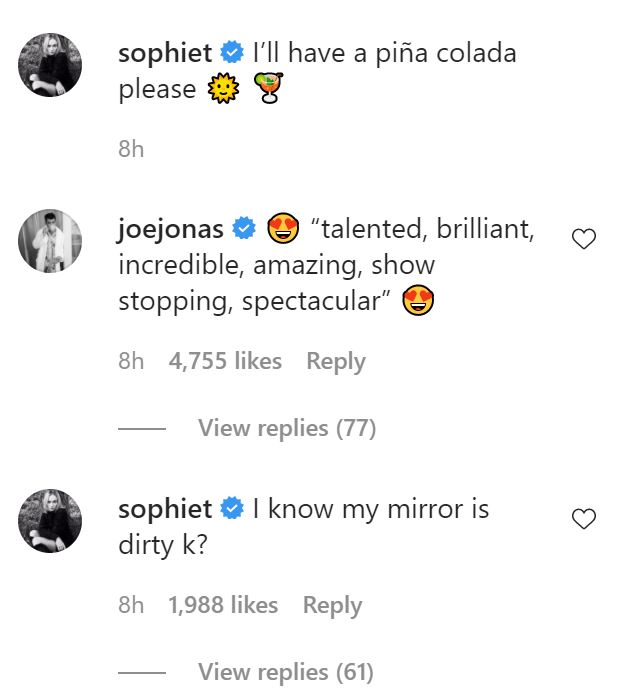 Both Turner and Jonas are notoriously tight-lipped when it comes to details of their personal lives, so any glimpse into their love story is a welcome sight for eagle-eyed fans.

The couple met in 2016 after Jonas direct messaged Turner on Instagram. They exchanged messages back and forth for a few weeks, before meeting up to go on a date in London.

Turner later told Elle UK that she was worried he would be a catfish.

READ MORE: Joe Jonas gets a tribute to wife Sophie Turner tattooed on his neck 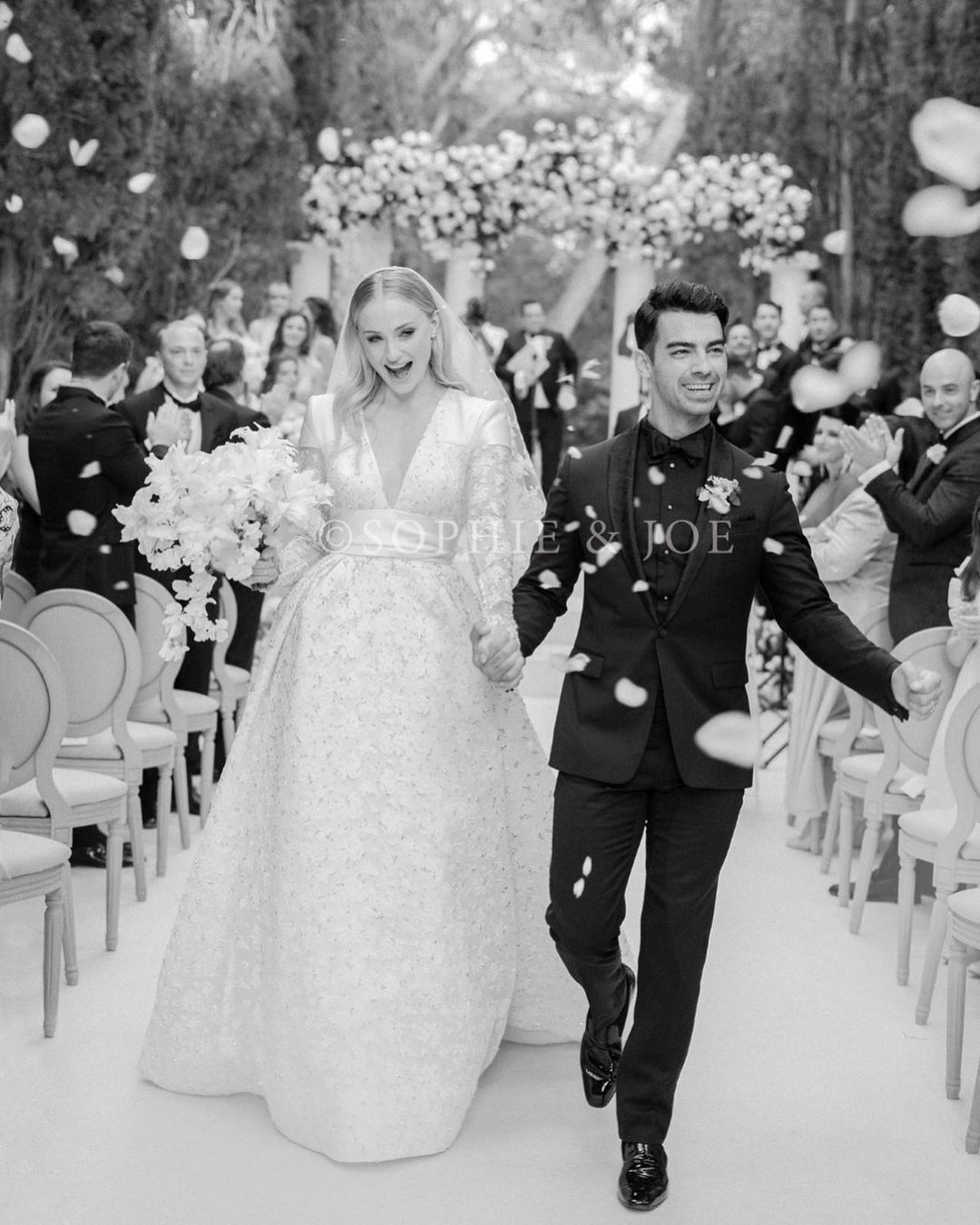 “I thought he would be such a d–k,” she said. “I took all my guy friends with me to meet him, because in the back of my mind I was worried he could be a catfish or… I don’t know what.”

After three years of dating, Turner and Jonas tied the knot in 2019 with two ceremonies — a surprise intimate ceremony in Las Vegas following the Billboard Music Awards in May, and in June a large fairytale wedding in France.

Reports broke out in February 2020 that Turner was pregnant with the couple’s first child.

While the pair never publicly confirmed their baby news, they were spotted shopping for baby clothes in California and, later, Turner was seen out and about with her growing baby bump on numerous occasions.

Turner and Jonas welcomed their baby daughter, Willa, in July 2020.

The family of three currently reside in Southern California, but have been spending time in Georgia recently as Jonas films his latest foray into cinema, Devotion.