Paris Hilton is calling on US President Joe Biden and Congress to take action against the “troubled teen industry”.

The former reality TV star, 40, revealed last year that she had been abused mentally and physically in youth facilities as a teenager.

“For 20 years I couldn’t sleep at night as memories of physical violence, the feeling of loneliness, the loss of peers rushed through my mind when I shut my eyes,” Hilton said outside Capitol Hill on October 20. 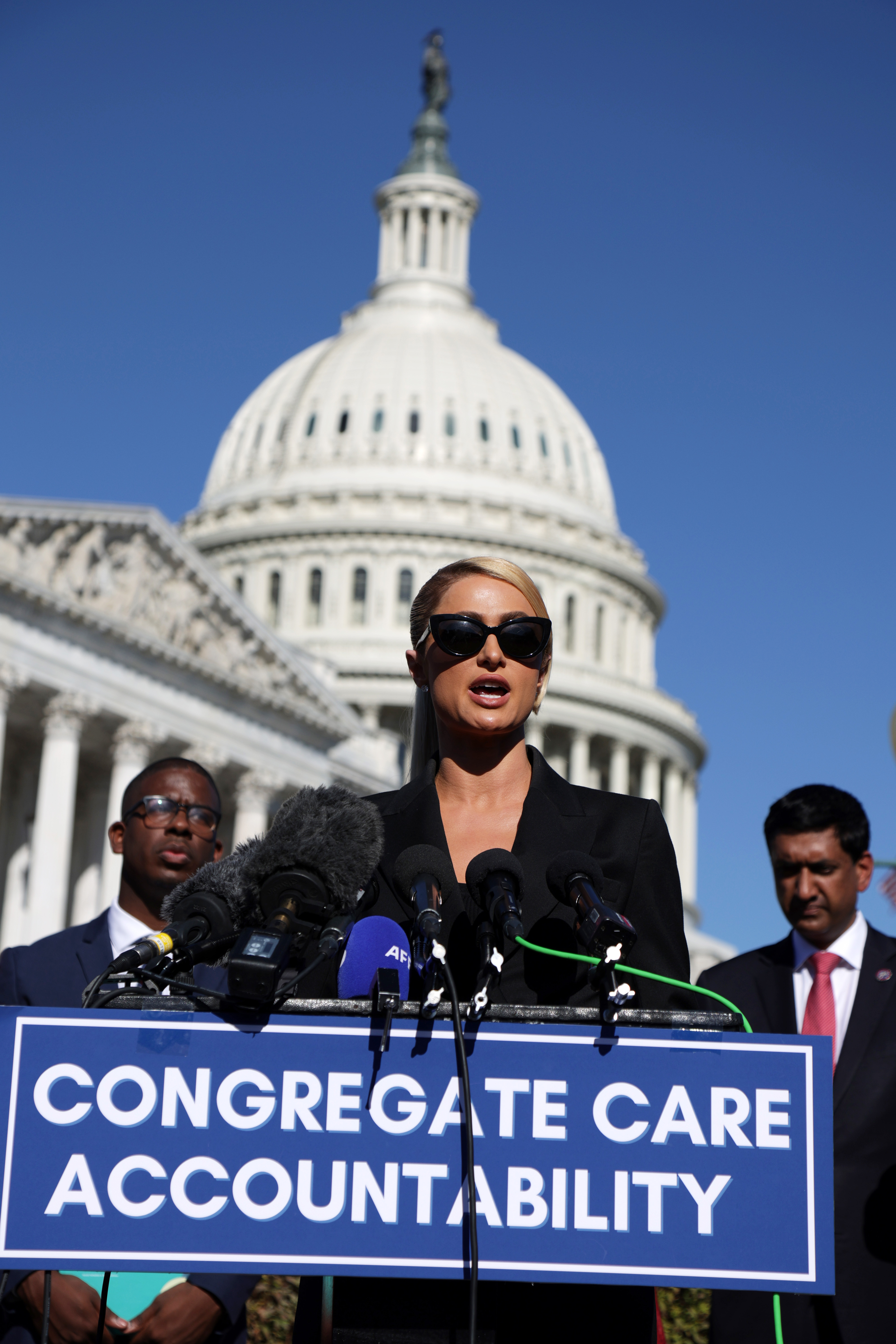 “This was not just insomnia. It was trauma.”

Hilton appeared alongside other teen survivors in Washington, D.C., to announce the Accountability for Congregate Care Act. She was also joined by lawmakers representative Ro Khanna and Senator Jeff Merkley, who are co-sponsoring the legislation.

In her speech, Hilton went on to recall the devastating trauma she endured as a teen.

“One night when I was 16 years old, I woke up to two large men in my bedroom asking if I wanted to go the easy way or the hard way,” she said. 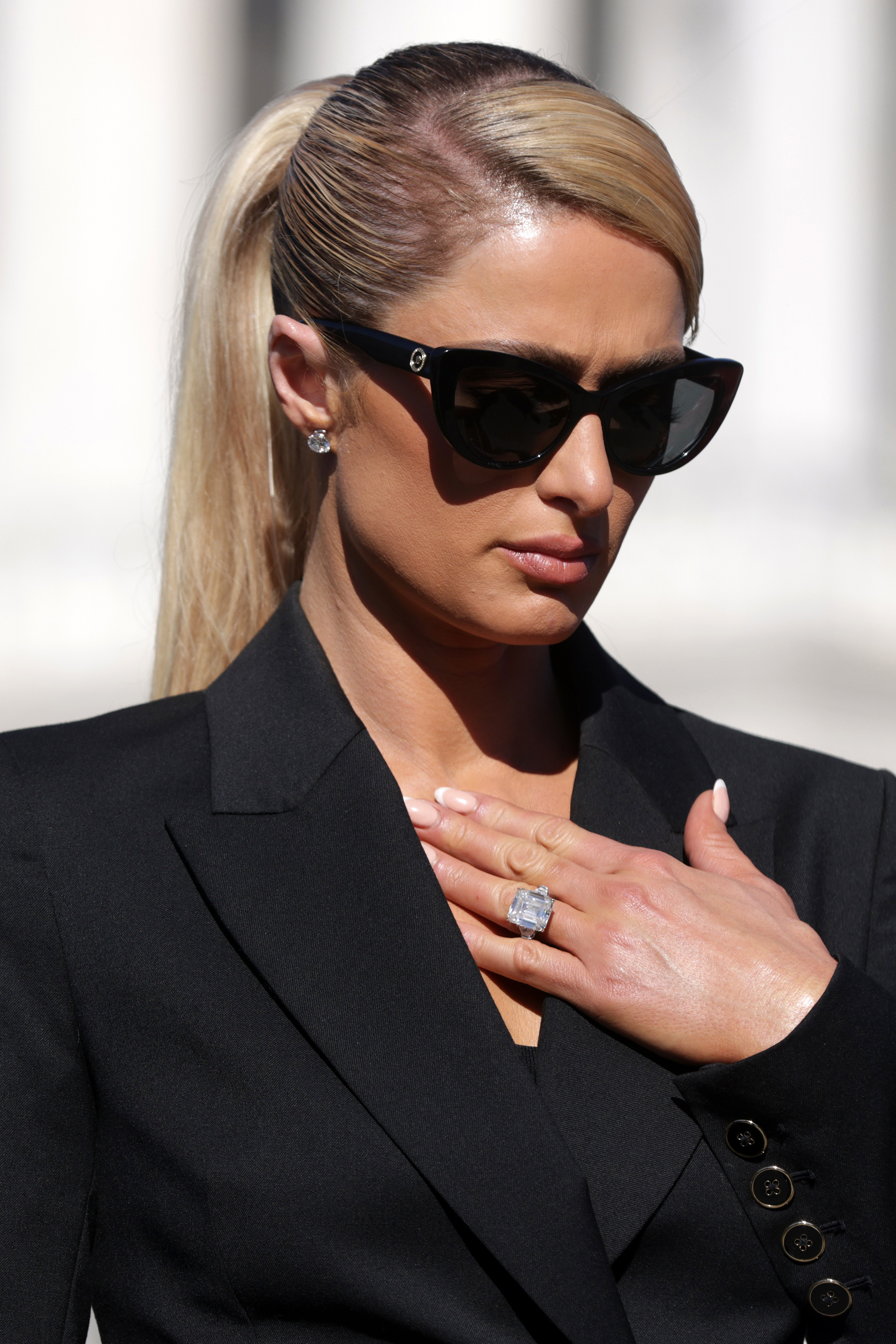 “Thinking I was being kidnapped, I screamed for my parents. As I was being physically dragged out of my house, I saw them crying in the hallway. They didn’t come to my rescue that night.

“This was my introduction to the troubled teen industry.

“My parents were promised that tough love would fix me and that sending me across the country was the only way.” 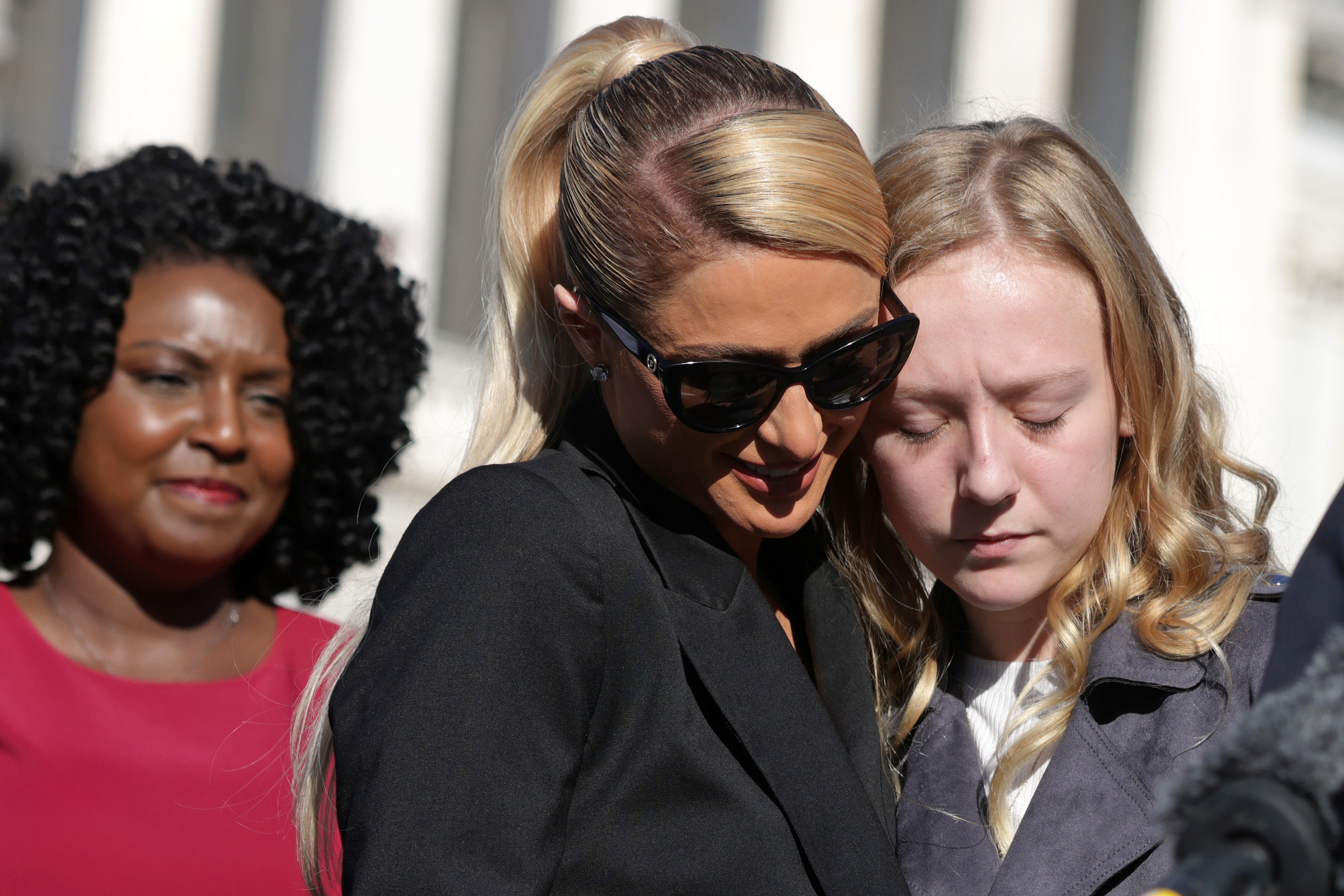 “I was strangled, slapped across the face, watched in the shower by male staff, called vulgar names, forced to take medication without a diagnosis, not given a proper education, thrown into solitary confinement in a room covered in scratch marks and smeared in blood,” she recalled.

“I was forced to stay indoors for 11 months straight — no sunlight, no fresh air.”

“I wish I could tell you what I experienced or witnessed was unique or even rare, but sadly it’s not,” she continued. “Every day in America, children in congregate care settings are being physically, emotionally and sexually abused.” Hilton called on Biden to back the legislation, which would establish a bill of rights for children placed in such facilities and act as oversight for the “troubled teen industry”.

This isn’t the first time Hilton has called on President Biden in regards to the legislation. In February, Hilton testified at a state Senate committee hearing at the Utah Capitol in favour of the bill that would require more government oversight of youth residential treatment centres and require them to document when they use restraints.

“Talking about something so personal was and is still terrifying,” Hilton told the committee at the time. “But I can not go to sleep at night knowing that there are children that are experiencing the same abuse that I and so many others went through, and neither should you.”

“This is just the first step,” Hilton later told reporters. “This bill is going to definitely help a lot of children but there’s obviously more work to do, and I’m not going to stop until change happens.”

If you or someone you know is impacted by sexual assault, domestic or family violence, call 1800RESPECT on 1800 737 732 or visit their website.