In an exclusive interview with the magazine, Peltz Beckham claimed she had been ghosted by her mother-in-law Victoria Beckham, which is why she did not wear a design by her on her wedding day.

But now, sources say Peltz Beckham’s version of events is far from honest.﻿ Sources have told the Daily Mail the 27-year-old’s recent claims have left Beckham “bemused”, and she is confused as to why her daughter-in-law keeps “stoking the rumours of a feud” between them.

“David and Victoria have both reached out to her to try and make peace, and find a way to get along,” one source claimed.

“[They] would love to spend more time with their son and his wife, and be given the opportunity to welcome her into the fold, especially given that Brooklyn practically lives with his parents-in-law.”

In the Grazia interview, Beckham Peltz gave her version of events.

“I was planning on wearing Victoria’s wedding dress and I was truly so excited to be able to wear a design that my future mother-in-law created,” she said.

“We connected to start designing the dress, and then a few days went by and I didn’t hear anything. Victoria called my mum and said her atelier couldn’t make it.

“So, I spoke to my mum and Leslie, and I was like, ‘Well, unfortunately, this can’t happen, so what’s the next step?'” 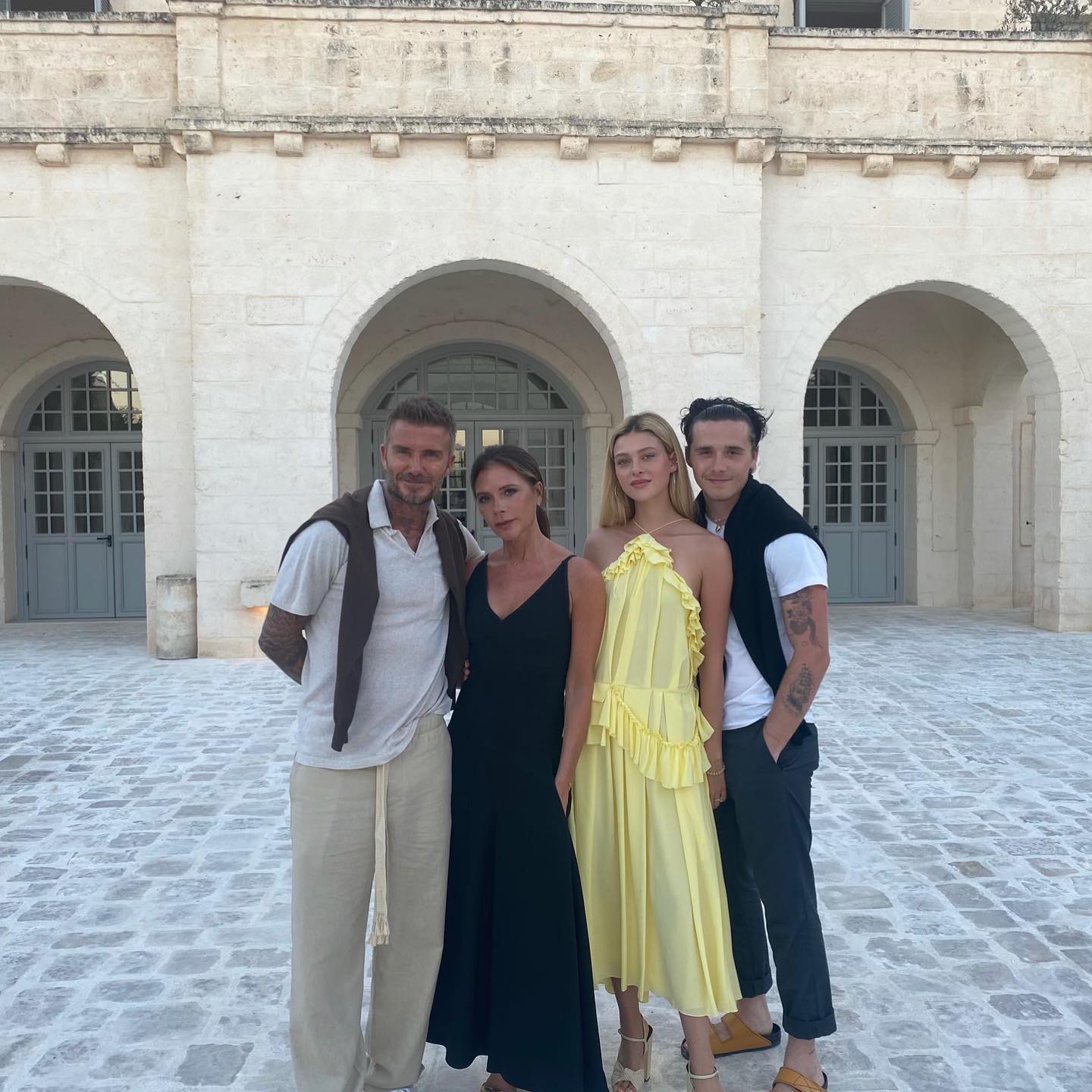 Peltz Beckham landed on a Valentino design, a designer she said she’s always been a fan of.﻿

“I’ve been a fan of Valentino and their couture for so long. I was really lucky to be able to travel to [the atelier] to try on the dress. That’s really what happened.”

In the interview, husband Brooklyn Peltz Beckham showed whose side he was on, calling Nicola his “number one priority” and saying they “have each other’s back 100 per cent”.