The pair announced the exciting news in two separate posts on their respective Instagram accounts on Wednesday.

“In July of 2020 we sat under this banyan tree,” Fox, 35, wrote in the caption of her post. “We asked for magic. We were oblivious to the pain we would face together in such a short, frenetic period of time. Unaware of the work and sacrifices the relationship would require from us but intoxicated off of the love. And the karma.” 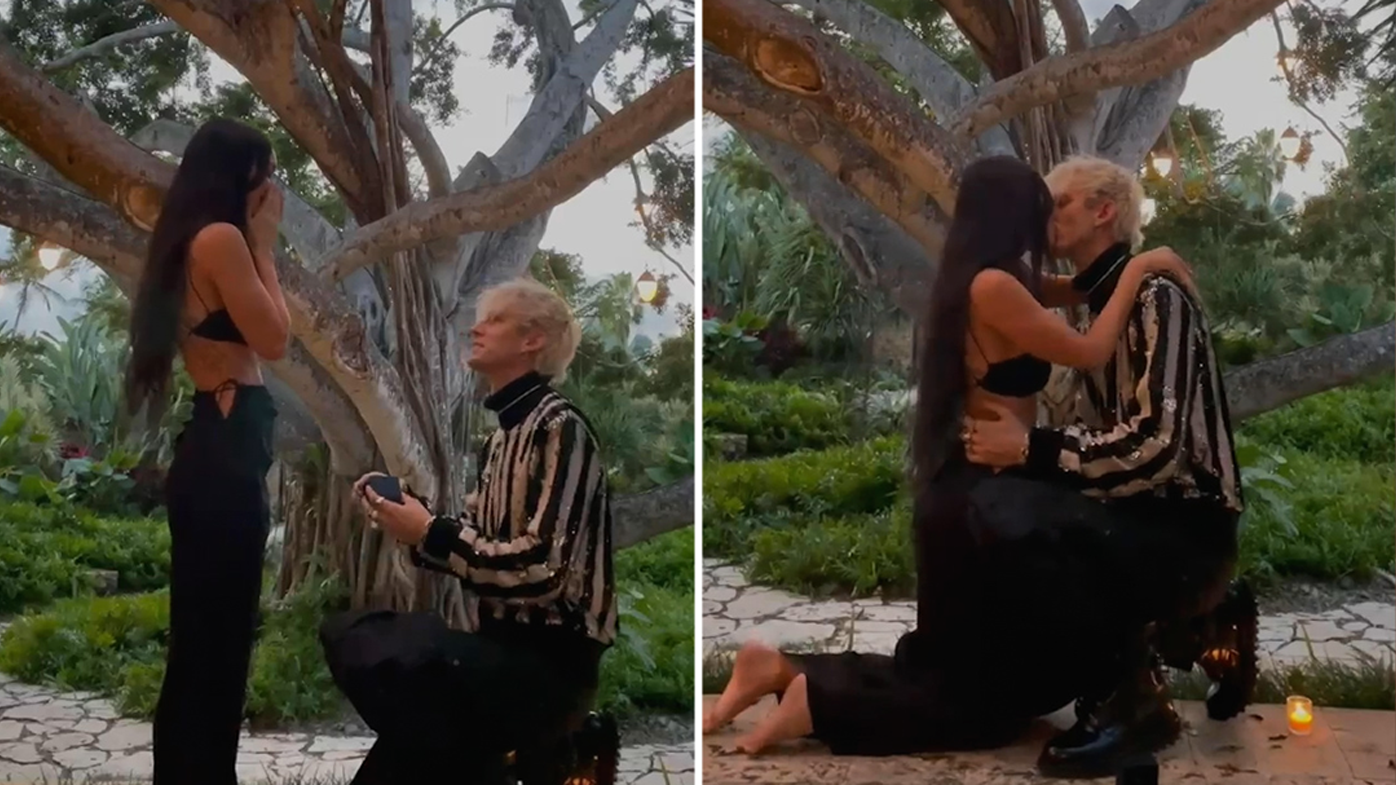 “Somehow a year and a half later, having walked through hell together, and having laughed more than I ever imagined possible, he asked me to marry him. And just as in every lifetime before this one, and as in every lifetime that will follow it, I said yes.…and then we drank each other’s blood. 1.11.22 ✨.”

In his own Instagram post, Kelly — whose real name is Colson Baker — shared a video of Fox’s hand, showing off the emerald and diamond engagement ring

“‘Yes, in this life and every life’ 💍 beneath the same branches we fell in love under, i brought her back to ask her to marry me,” he wrote in the caption. 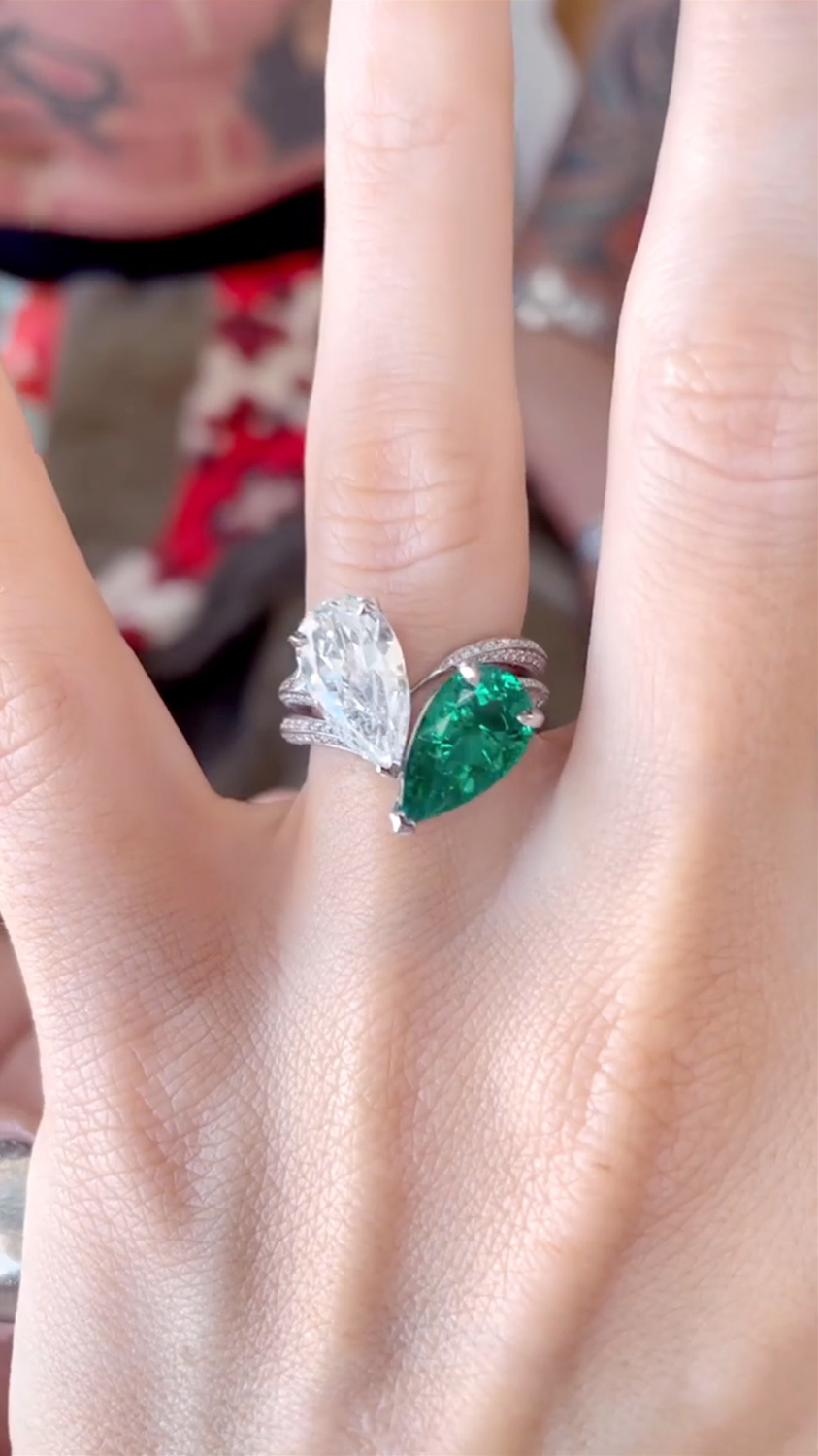 “i know tradition is one ring, but i designed it with Stephen Webster to be two: the emerald (her birth stone) and the diamond (my birth stone) set on two magnetic bands of thorns that draw together as two halves of the same soul forming the obscure heart that is our love. 1-11-2022.”

Fox met Kelly, 31, in 2020 while on set of Midnight in the Switchgrass. They then went public with their relationship after the Transformers star was featured in the singer’s ‘Bloody Valentine’ music video.

In an interview with GQ last year, the MGK revealed he was pining for Fox long before they met and started dating. He confessed he was such a fan of the actress, he got a Decepticons logo from her movie, Transformers, tattooed on his arm and had a poster of her in his bedroom.

“It was from her GQ shoot,” Kelly said of the poster that hung on the bedroom wall in his house in Cleveland, where he grew up. “So that’s some full-circle s–t.”

Fox split from actor Brian Austin Green, with whom she shares three sons — Journey River, four, Bodhi Ransom, seven, and Noah Shannon, eight. Green confirmed his split from Fox after nearly 10 years of marriage in May 2020 before finalising their divorce in October 2021.