A 33-year-old man was arrested on a murder charge in the shooting of rapper Takeoff, who police on Friday said was an “innocent bystander” when he was struck by gunfire outside a Houston bowling alley.

Patrick Xavier Clark was taken into custody peacefully Thursday night, Houston Police Chief Troy Finner said. Clark’s arrest came one day after another man was charged in connection with the November 1 shooting, which authorities said followed a dispute over a dice game and wounded two other people.

Clark was being held in jail Friday awaiting a bond hearing. Court records do not list an attorney who could speak for him, but indicate he was arrested as he was preparing to leave the country for Mexico.

READ MORE: Why Rachel decided to be a surrogate despite never wanting children of her own 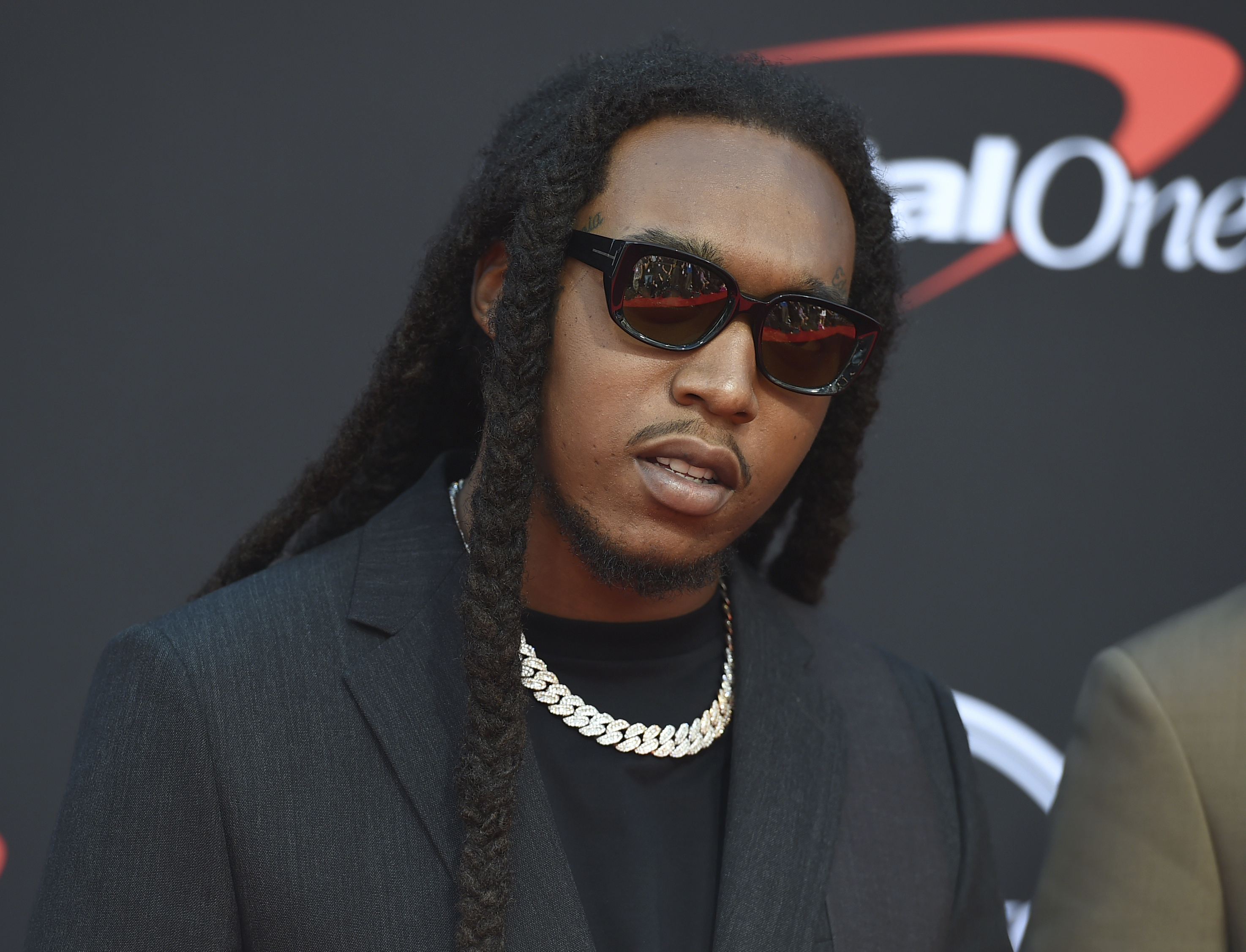 The 28-year-old musician was shot outside the downtown bowling alley at around 2:30am, when police said a dispute erupted as more than 30 people were leaving a private party there. Police previously said another man and a woman suffered non-life-threatening gunshot injuries, and that at least two people opened fired.

Police Sgt. Michael Burrow said during a Friday news conference that the gunfire followed a disagreement over a “lucrative” game of dice, but that Takeoff was not involved and was “an innocent bystander.” Finner said police do not know whether Clark was invited to the party or if he knew Takeoff.

Every person on the scene left without talking to police, Burrow said. Some of those people have since been located by the authorities, who have also worked to piece together events with ballistics, video and audio recordings, according to Burrow. He said investigators are still trying to track down witnesses.

“We will be looking to find you,” he said. “It will be easier if you come find us.”

On Wednesday, authorities announced the arrest of Cameron Joshua in connection to the shooting. Joshua was charged with illegally having a gun at the time Takeoff was shot, but prosecutors said the 22-year-old is not believed to have fired the weapon. Christopher Downey, Joshua’s attorney, told reporters that he has not seen anything to suggest that his client was involved in Takeoff’s killing.

Burrow said that investigators believe it was Clark’s gunfire that killed the rapper. Prosecutors on Friday asked a court to set Clark’s bond at $US1 million (approx. $1.5 million), arguing he is a flight risk. After Takeoff’s shooting, Clark applied for an expedited passport by submitting the itinerary for an “imminent” flight to Mexico, according to court records. They say he was arrested the day he received the passport and was in possession of a “large amount” of cash.

Fans and other performers, including Drake and Justin Bieber, celebrated Takeoff’s musical legacy in a memorial service last month in Atlanta.

Migos’ record label, Quality Control, mourned Takeoff’s death in a statement posted on Instagram that attributed it to “senseless violence.”

Migos first broke through with the massive hit Versace in 2013. They had four Top 10 hits on the Billboard Hot 100, though Takeoff was not on their multi-week No. 1 hit Bad and Boujee, featuring Lil Uzi Vert. They put out a trilogy of albums called Culture, Culture II and Culture III, with the first two hitting No. 1 on the Billboard 200 album chart.

As Clark’s arrest was announced Friday, Takeoff’s voice could again be heard, featured on Feel The Fiyaaaah alongside A$AP Rocky on Metro Boomin’s album released that day, Heroes and Villains.

He sang, “It’s quiet right now in the streets.”