Kourtney Kardashian was shocked to learn what her children have been googling on the internet.

The reality TV star recently stumbled upon her kids’ search history on her computer and was shocked to find the words “world’s scariest picture” in the search bar as ghoulish images filled the screen. Watch the clip above.

While Kardashian did not reveal which of her three kids – Mason, 12, Penelope, nine, and Reign, seven – were responsible, she did not name names as she shared a clip of her creepy discovery on Instagram. 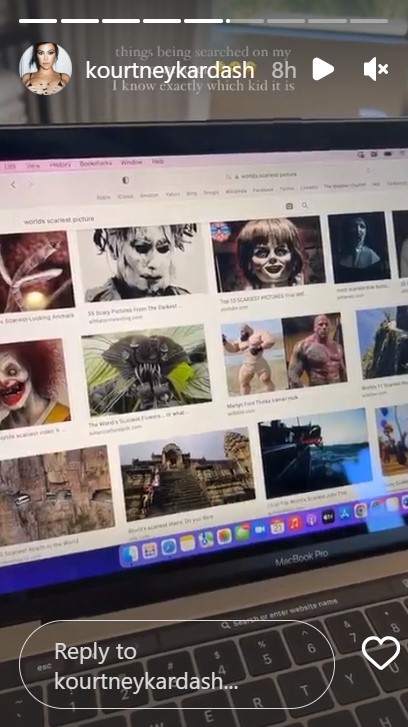 “Things being searched on my computer,” the mum-of-three caption alongside three laughing emojis. “I know exactly which kid it is.”

Creepy images aside, Kardashian and her kids have been living a blissful blended family existence with her new husband Travis Barker and his kids: Landon, 18, Alabama, 16, and stepdaughter, Atiana De La Hoya, 23. 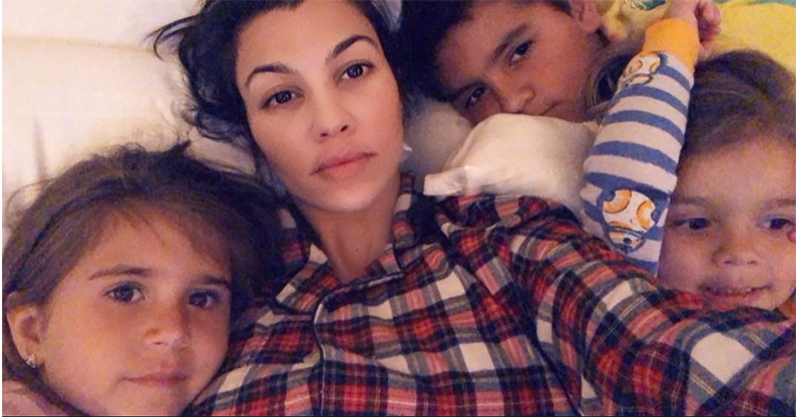 The Barker bunch recently celebrated US Father’s Day together, with Kardashian’s two youngest children showering their new stepdad with love – and there were no scary images here.

“You are so so nice and kind,” Penelope wrote on a card, which Barker posted on Instagram. “You are the best drummer ever. You make my mom happy.”

“Dear Travis happy fathers day,” Reign wrote alongside a drawing of the newlyweds. 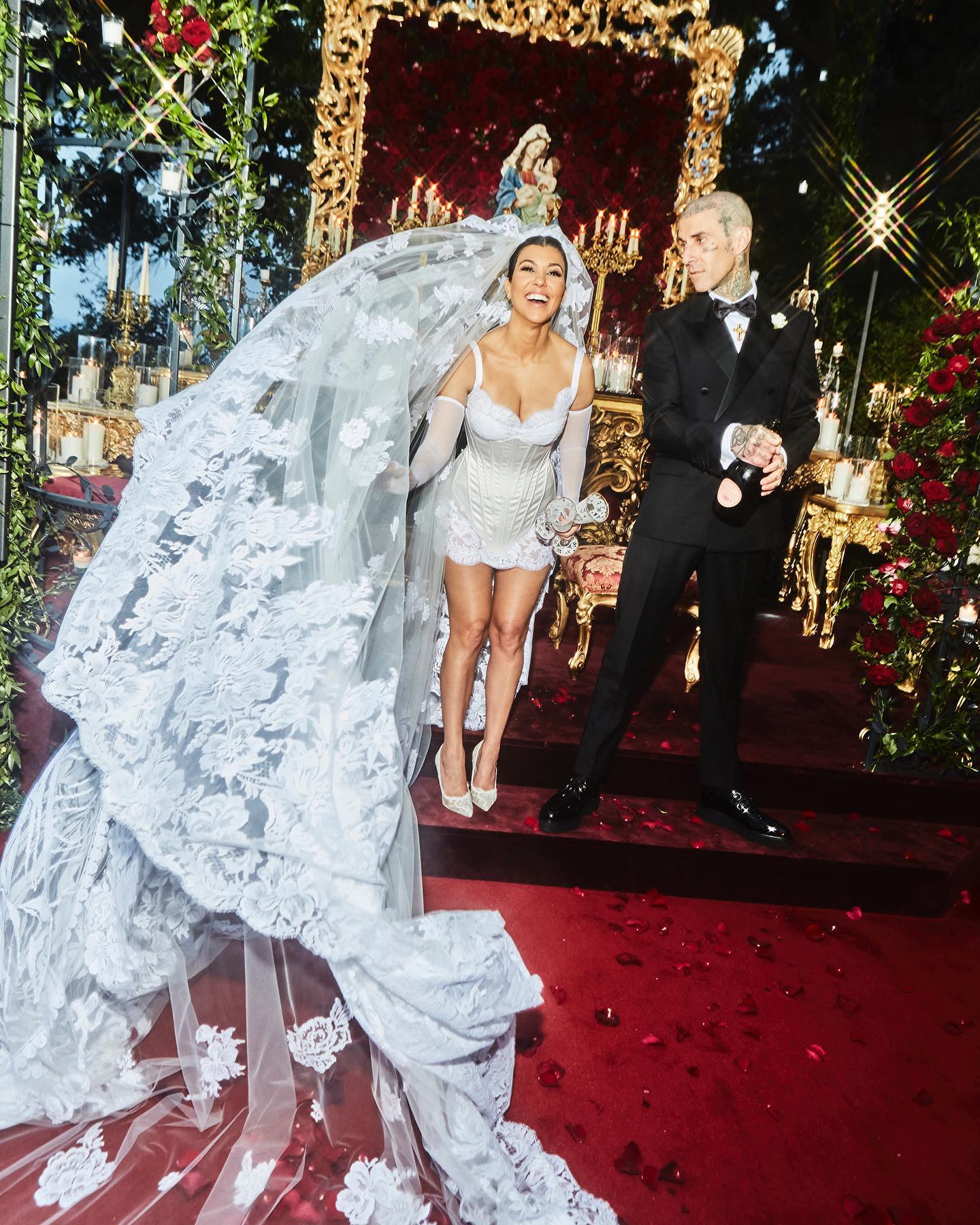 The couple were married in a stunning trifecta of ceremonies. The pair had a “fake wedding” at One Love Chapel in Las Vegas in April and an Elvis Presley impersonator officiated the ceremony, though they did not obtain a marriage license. Kardashian later clarified via Instagram that the Sin City wedding was just for fun.

They then made it official at a courthouse ceremony in Santa Barbara on May 15 before jetting to Portifino, Italy, for a lavish wedding attended by their children, family and close friends.