Country rock icon Keith Urban has revealed the path to fame wasn’t always paved out, sharing a video of the moment a talent judge says he wasn’t suited to be a “solo performer”.

The Aussie musician shared the video of his 16-year self appearing on a televised talent show on Instagram. Despite the world-renowned career, one judge didn’t necessarily see the stardom in Urban’s performance.

“At 16, I’d have thought, for instance, you’d be pretty keen on forming a group,” the judge says.

“You’re a little, um, I think as a solo performer, not quite enough strength!”

Hot20 Countdown host Cody Alan supported Urban, writing “Amen!! Love this!!! Prove em wrong,” while fellow country music singer Jennifer Wayne commented “Wow I love this so much!!! All the no’s we hear along the way… helps build that fire!”

“You definitely proved them wrong and then some!” she added. 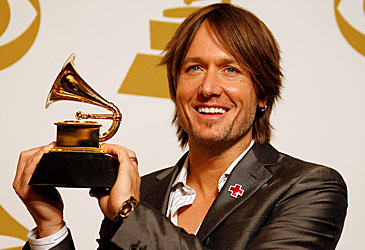 The clip also featured Urban’s new song ‘Wild Hearts’, which is coincidentally all about chasing your dreams.

The singer recently hit the charts with his country-pop duet ‘One Too Many’, ranking on the Billboard Hot 100.

The song ranked at number 52, and was performed alongside pop singer Pink.

To date, Urban has released dozens of hit singles that have ranked on music charts across the globe, and eight of his studio albums have been certified Platinum in the United States.

In 2019, Urban was awarded “Entertainer of the Year” by the Academy of Country Music Awards.

He debuted at the Grammys in 2004, only to win his first Grammy for Best Male Country Vocal Performance the following year.

Guess someone got that one wrong…