The 56-year-old posted a photo on Instagram to update fans on Lewis’ condition, revealing he needs to visit the hospital regularly for “long-term effects check-ups”.

Lewis, 18 — who made a full recovery in 2013 — was pictured lying on the hospital bed as Langbroek penned an emotional caption.

“My darling son who had childhood leukemia now has long-term effects check-ups… (this may sound ominous to civilians but to those of us who have trod the unpaved cancer road, it is a fraught blessing),” the TV presenter wrote.

“Anyway, today Lewis is getting his thyroid ultrasound to check that seeds from previous radiation have not enlarged… we hope they have not — but Lewis certainly has. My lanky boyo is now too long for the bed. Praise be.”

Langbroek finished her post with a message for those who are struggling or facing a similar situation.

“Also, always — blessings and strength to those who are in the midst of battle,” she added.

Langbroek’s son Lewis was diagnosed with leukaemia in 2009 as a six-year-old. The now-teenager endured the cancer for three and a half years before beating it in 2013. 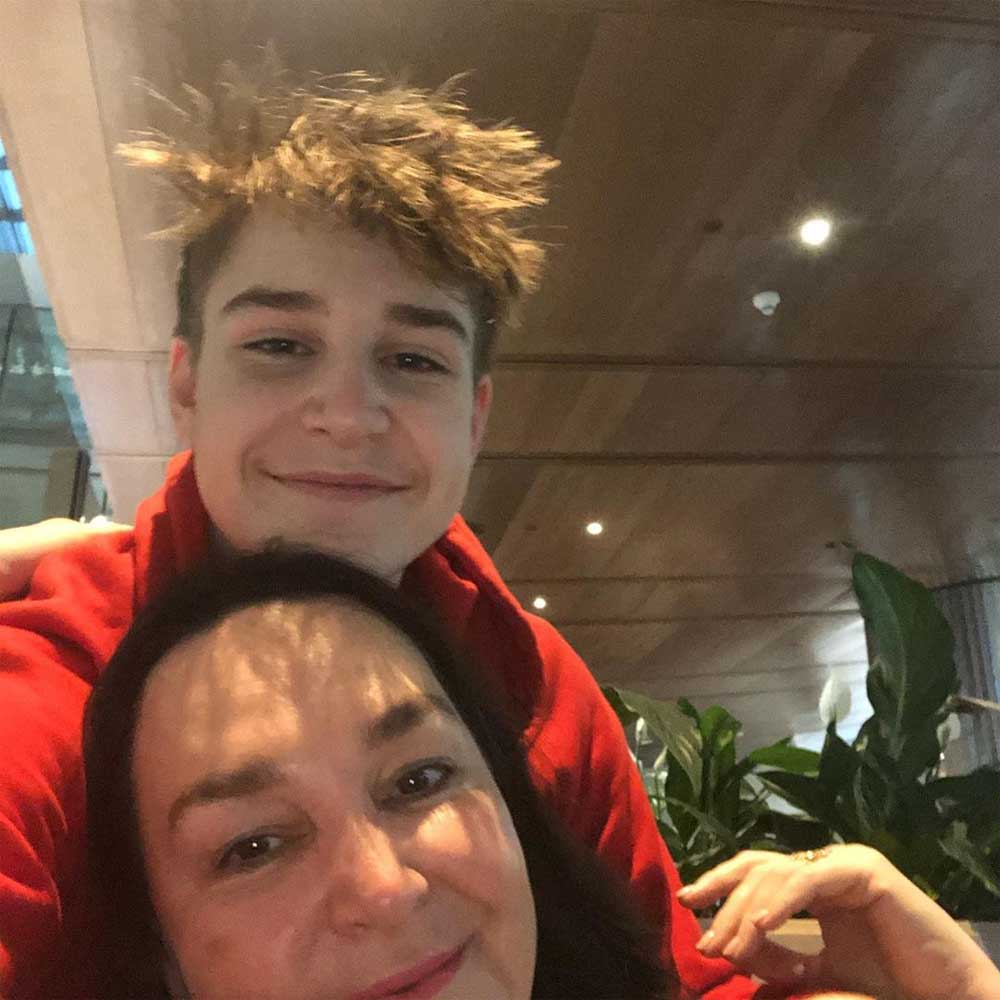 READ MORE: Alia Shawkat calls it ‘gross and stupid’ how Brad Pitt rumours got more media focus than her acting

“Today is an important day. It is my eldest son’s birthday; 17, which seems like a miracle because in 2009, when he was six, Lewis Lewis nearly died,” Langbroek wrote on Instagram.

“He had leukaemia and it was a gruelling, terrible, frightening and painful three and a half years before he returned to health. Today he is tall and strong and healthy and ALIVE and we give thanks; to doctors and nurses and friends — and to those who came before us.”