Well, not quite. On Monday, crews began setting up a billboard of Justin Bieber‘s new Balenciaga ad on Los Angeles’ Sunset Strip — and it didn’t exactly go up as planned.

While the top half of the billboard featured Biebs, the bottom part of the photo showed the legs of SKIMS shapewear model and soccer star Alex Morgan wearing nothing but a pair of grey underwear and socks. 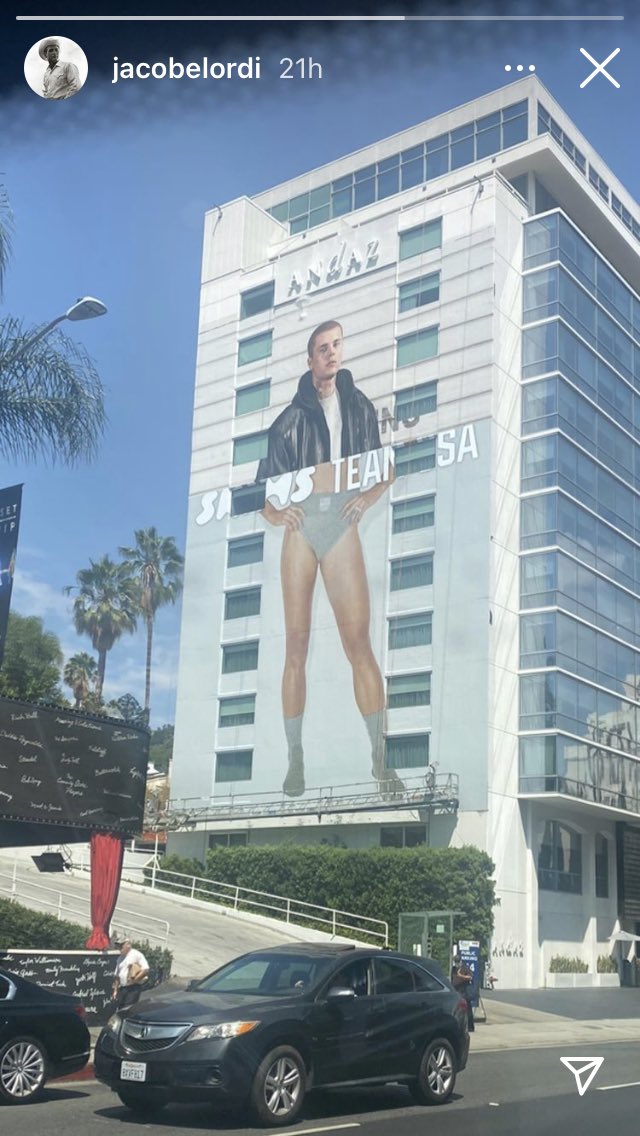 “RIP upper half of my body,” Morgan wrote along with a series of laughing, crying emojis.

READ MORE: How to get your hands on Kardashian-Jenner owned products in Australia 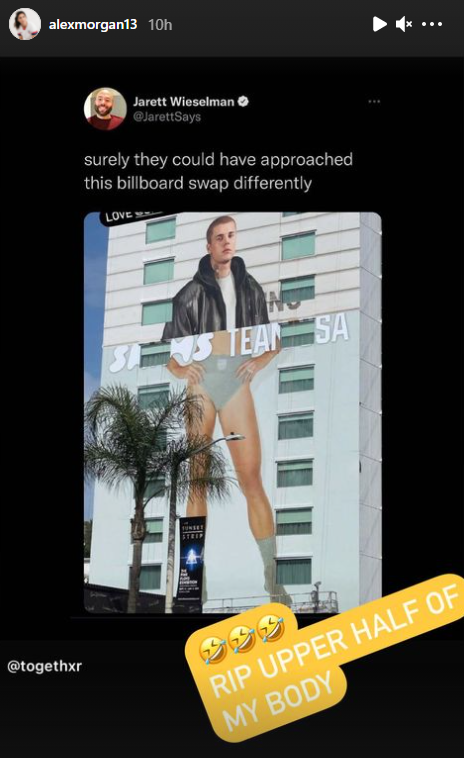 “I’m so sorry for laughing but this is way too funny,” one Twitter user wrote, sharing a screenshot of Elordi’s snap.

“Justin Bieber for Skims Balenciaga is the happy accident you could only wish for on a Monday drive home,” another person added.

The original photo of Morgan showed her wearing grey SKIMS ahead of the Tokyo 2020 Olympic Games last month.

“I’m so proud to be part of this campaign that celebrates female athletes, especially alongside @aja22wilson @dalilahmuhammad_ @swimhaley @scoutbassett,” the athlete wrote via Instagram, tagging her fellow US competitors.

Bieber’s bottom half has since been added to the billboard.