Aussie actor and singer Johnny Ruffo appears to be in good spirits, as he spends time with his family amid his second battle with brain cancer.

The former Home and Away star, 33, gushed over his girlfriend Tahnee Sims and his nonna in a sweet photo he shared to his Instagram.

READ MORE: Johnny Ruffo reveals his girlfriend had to give permission for him to have the surgery that saved his life

“Two of my favourite people,” he captioned his post.

Ruffo’s post comes more than a month since his last Instagram update, where he revealed he had been given a two-week break from treatment.

“Got a two week break from treatment, Had to go and see Nonna.. It’s been far too long ❤️ Talk about a food coma,” he wrote.

In May, the ‘On Top’ singer gave fans an update on his health, sharing a photo of himself in the hospital during his latest chemotherapy treatment.

“Been busy fighting the good fight 💜 Another round down.. Bring on the next 👊🏽,” he captioned the photo on Instagram.

Ruffo has been undergoing treatments since December 2020, weeks after revealing his brain cancer had returned. At the time, he explained that a series of seizures saw his health deteriorate and doctors confirmed the worst.

“After an unexpected week of seizures and excruciating headaches it is with a heavy heart that i have to let you know i now have another huge battle ahead of me as my brain cancer has returned, though i will dig deep and beat this shit disease again 👊🏽💜,” he shared back in November last year. 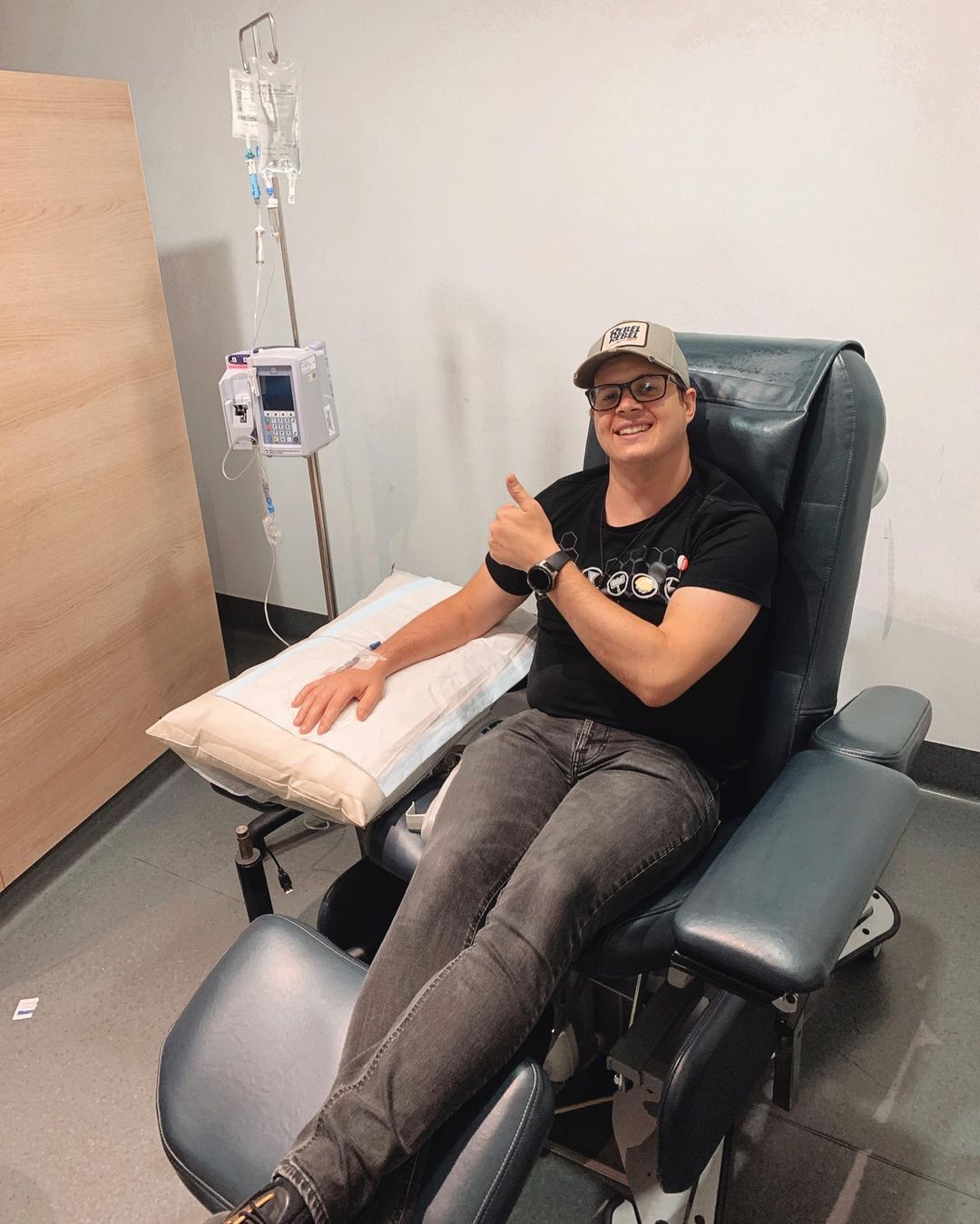 The X Factor finalist was first diagnosed with cancer in 2017. He thought he was just experiencing a bad migraine but was immediately rushed to hospital, where doctors performed emergency surgery to remove a 7cm tumour inside his brain.

“There was a one in 20 chance that I wouldn’t survive it,” Ruffo told Today Extra in 2018. “I almost didn’t have time to react to it, because I went in and then I fell into a coma and I woke up two or three days later and they said, ‘We operated and you had a tumour.'”