The 911 call made after Marvel star Jeremy Renner’s horror snow plough accident has been released.

The audio, which has been obtained by CNN and TMZ, reveals Renner’s neighbour called the emergency services, telling them the actor had been “crushed” after he was run over by his Snowcat on January 1.

The neighbour can be heard frantically begging for help while Renner, 52, moans in pain in the background, saying, “Someone’s in front of my house, he got run over by a snow plough. He’s been crushed.” 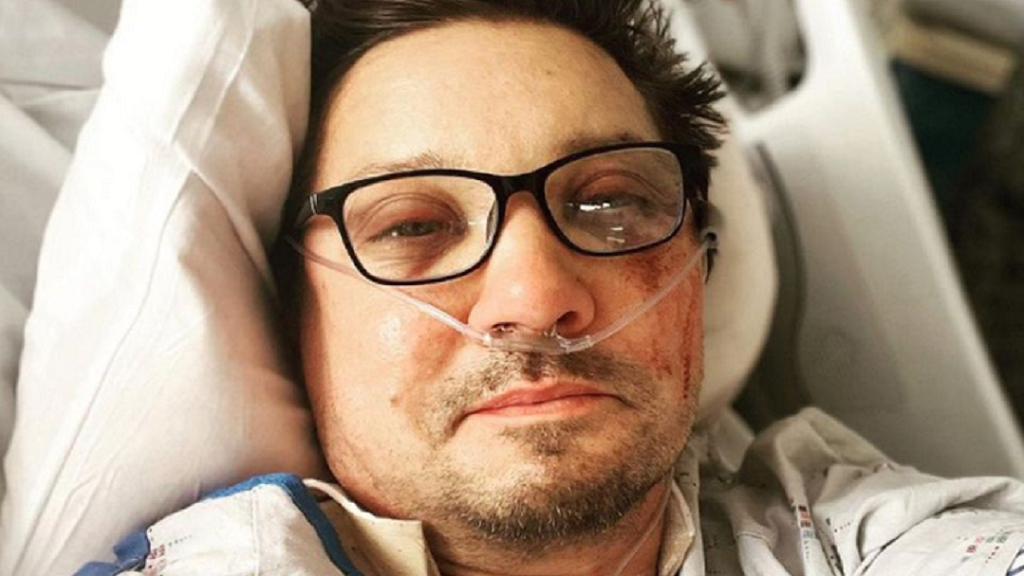 “He got crushed up on his right side. His right chest and upper torso, his ribs, they look like they might be crushed,” the man continues.

The neighbour added that Renner was “short of breath” and in “a lot of pain” at the time of the call, but that he was “conscious.”

He also told emergency services they had the actor covered in blankets while waiting for paramedics to arrive. 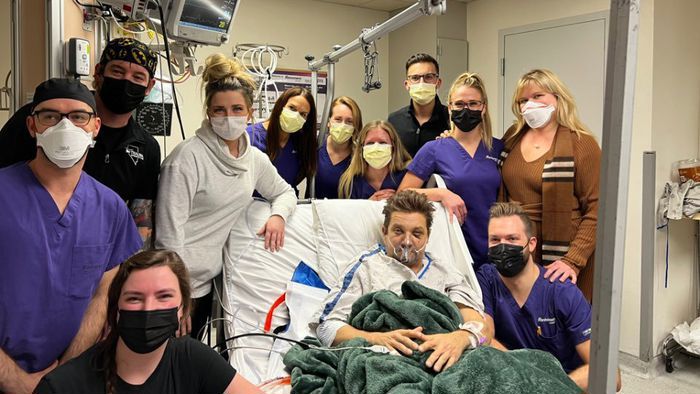 This newly released 911 call comes just a day after Renner shared that he was recovering at home following his initial hospitalisation.

Responding to a tweet promoting the latest episode of his TV series Mayor of Kingstown, Renner wrote: “Outside my brain fog in recovery, I was very excited to watch episode 201 with my family at home.”

It was confirmed soon after the accident on New Year’s Day that the Hawkeye star had been run over by his Snowcat while helping a family member whose vehicle had become lodged in the snow.

READ MORE: Fall Out Boy guitarist ‘stepping away’ from band to focus on mental health﻿ 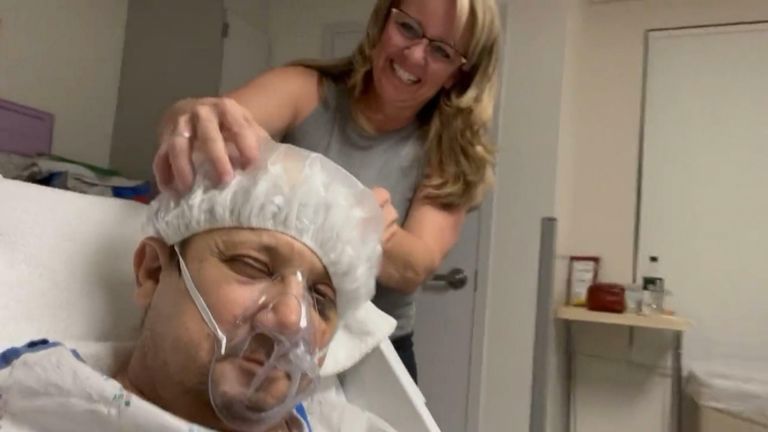 Since his accident, the Hawkeye actor has been posting recovery updates for fans from his hospital room.

“We are so thrilled with his progress. If anyone knows Jeremy, he is a fighter and doesn’t mess around. He is crushing all the progress goals. We couldn’t feel more positive about the road ahead,” his sister Kym Renner said, talking to People.