Tori Spelling is facing tough questions about the state of her marriage after she shared Christmas photos featuring stockings, one for herself and one for each of her five children.

Missing from the display, however, is her husband Dean’s stocking.

In the post we see Spelling standing in front of a fireplace holding her own stocking. Fixed to the fireplace are her children’s stockings – Liam, 14, Stella, 13, Hattie, 10, Finn, nine, and Beau, four.

The photos are captioned: “Let’s talk holiday decorating! The kids and I are in ❤️ with these personalized stockings from PersonalCreations.com/Tori. 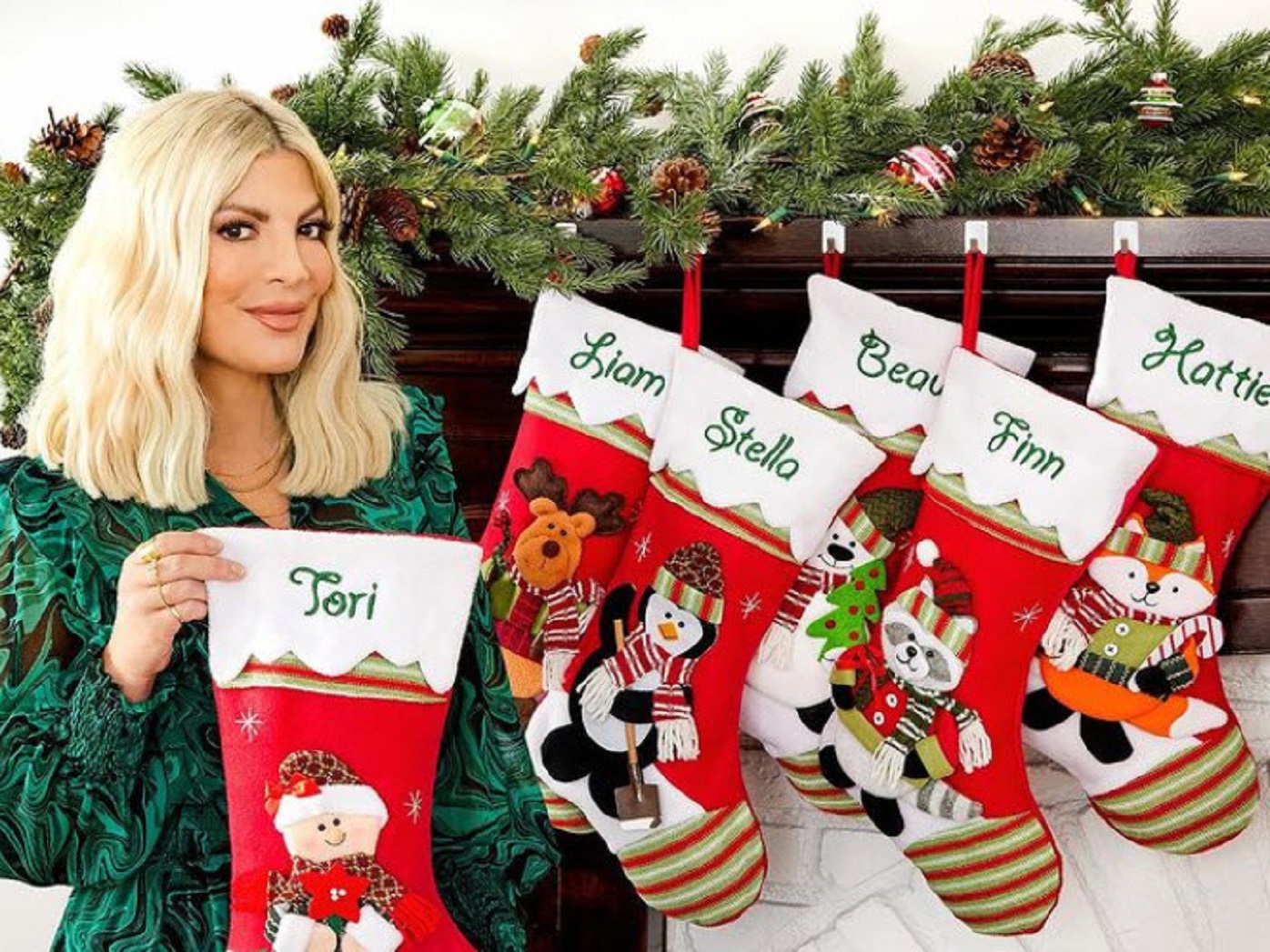 “Which style should we choose? Whimsical wintry characters or timeless traditional snowflakes? @personalcreations has so many festive stockings, and we love them all. Help us decide! Comment ‘Winter Wonderland’ or ‘Midcentury Snowfall’ below.

“In the meantime, I’ll be making thoughtful, one-of-a-kind gifts for all our friends and family this year. #maketheholidayspersonal #ad #santaapproved.”

She has also shared her family’s annual Christmas card which features herself and her children, and no trace of McDermott.

This caption reads: “It’s that time again. And it’s a winter wonderland at my house! Thank you, SimplytoImpress.com, for once again bringing our happy family to life on my favorite holiday card yet. No one compares to @simplytoimpress.

“Choosing just the right design was fast and easy, and I was able to select a special trim shape and customize the message in no time,’ it continues.

“They have a professional designer review every card design to make sure it’s perfect. And delivery was super fast! This is a card our friends and family will ❤️ opening and putting on display! #familyiseverything #ad #lovemycard.” 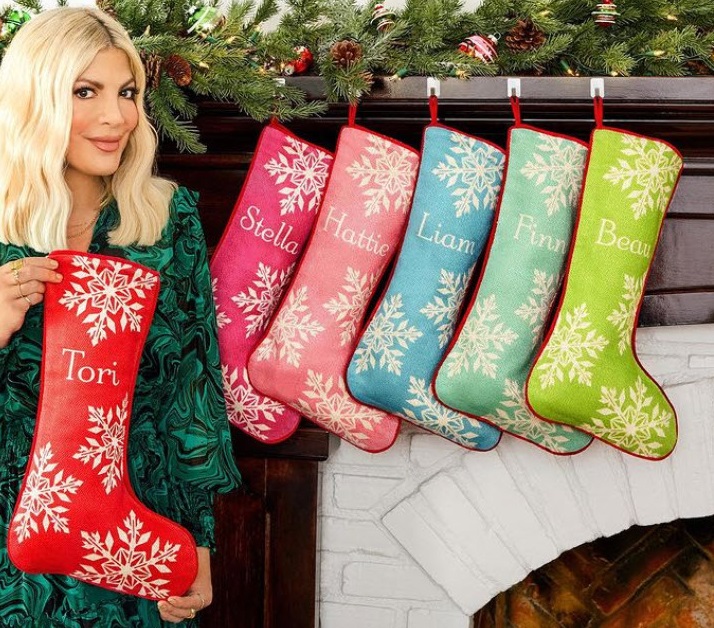 Some fans have demanded answers from the celebrity who experienced a resurgence in her career through a series of reality TV shows based on her marriage and family called ‘Tori & Dean’.

One seemingly frustrated follower commented: “@torispelling is this a paid advertisement or your actual Christmas card? Just curious because your Husband is “out of the picture” and it’s a slight to go ahead without him just because he’s working. Kind of takes away from the spirit.

“Unless he (deserves) to be slighted but still strange for kids to include him in such a public way.”

To which one of Spelling’s followers responded: “@vanruff Oh I’m sure he deserves to be slighted. Only one thing creates that kind of cold fury..” 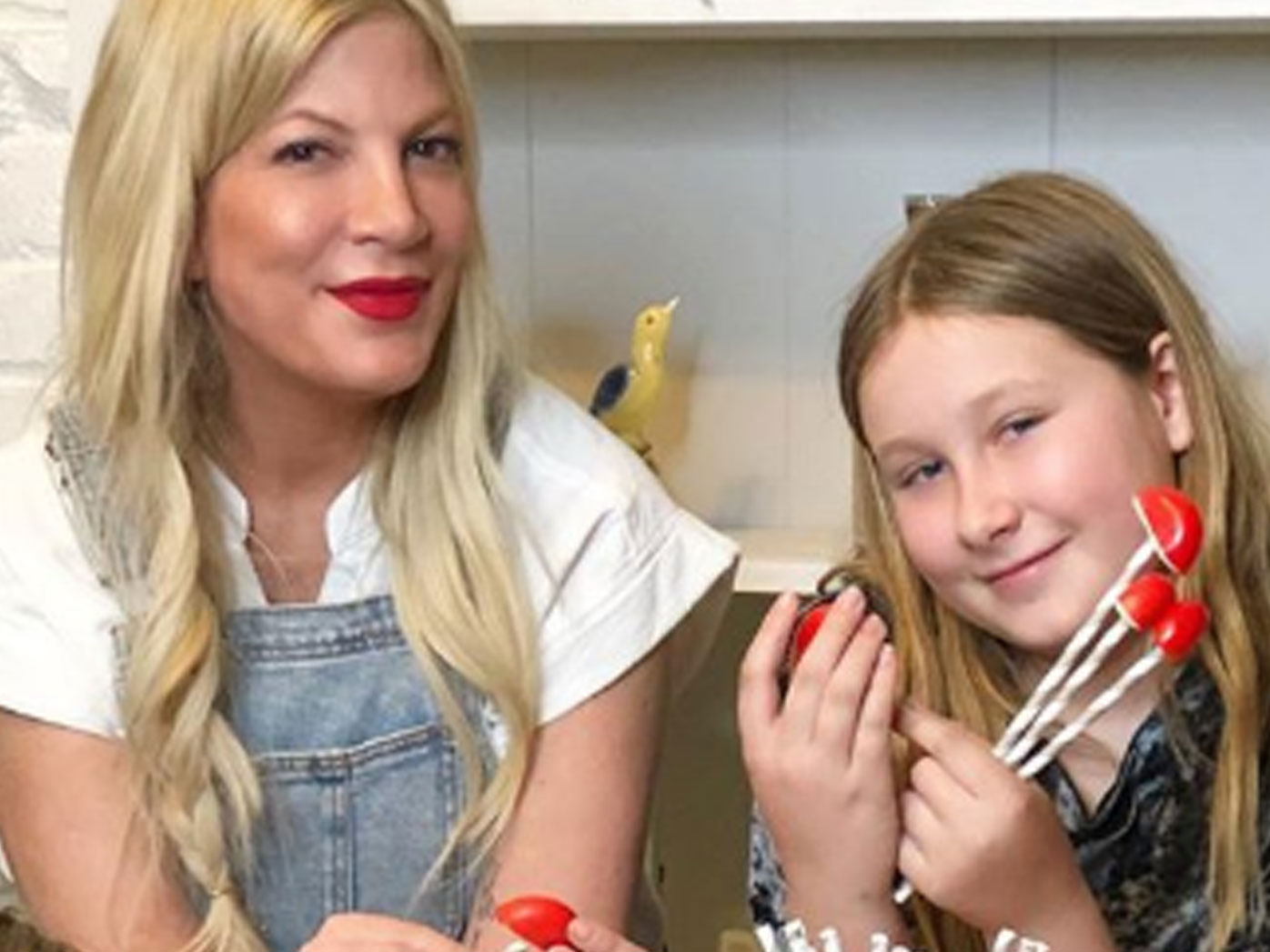 “Does this mean you are finally leaving your awful husband who never ever deserved you?!” asks another.

Spelling addressed the trouble in her marriage during a radio interview earlier in 2021.

Spelling, 48, addressed her husband’s absence on SiriusXM Radio Andy’s Jeff Lewis Live earlier this year, with the host asking her about the rumours about her marriage.

She then explained her husband was away “for six months filming in another country” but didn’t address the rumours of a split directly. 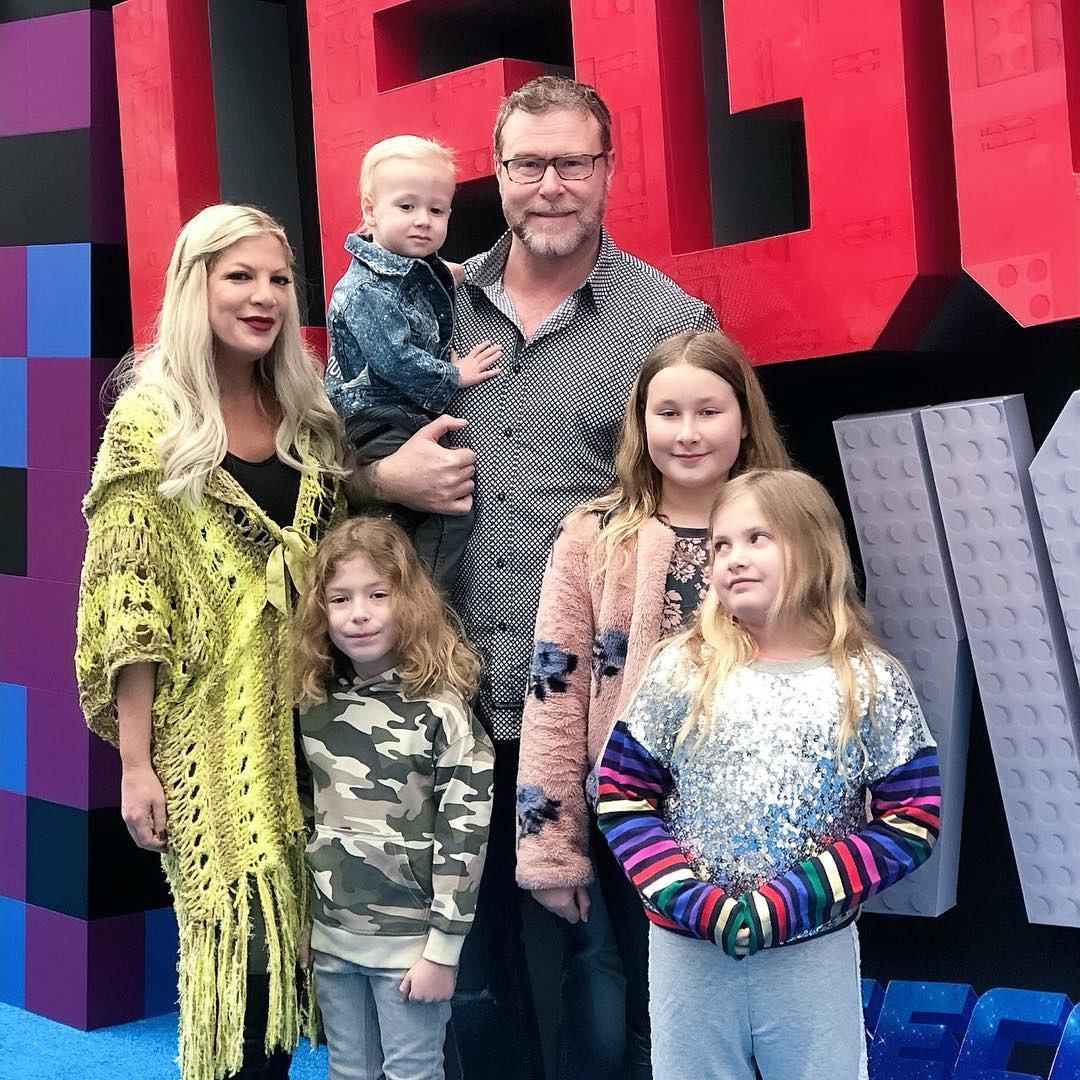 McDermott and Spelling married in 2006 and found fame as a family through their popular reality TV series.

It was in 2013 that reports surfaced McDermott was having an affair. This was confirmed by him in 2014, with the couple attempting to repair their relationship.

Since then further rumours have swirled of infidelity with many speculating the couple has been separated for sometime.

These rumours were fuelled even further in May, after the couple didn’t acknowledge their 15th wedding anniversary on May 7.

Some of her followers defended her choice not to comment on her private life.

I wish y’all would stay out of Tori’s business in these comments,” writes one. “Anyway, you look fab and these stockings are precious.”

For a daily dose of 9Honey, sign up here to receive our top stories straight to your inbox.