Malik Abdul Baset, an early member of The Roots who performed on the group’s first four albums, has died, a rep for the group confirmed to Variety. He was 47.

“It is with heavy hearts and tearful eyes that we regretfully inform you of the passing of our beloved brother and long time Roots member Malik Abdul Baset,” founding members Ahmir “Questlove” Thompson and Tariq “Black Thought” Trotter” said in a statement. “May he be remembered for his devotion to Islam, His loving brotherhood and His innovation as one of the most gifted MCs of all time. We ask that you please respect his family and extended family in our time of mourning such a great loss.”

The Roots formed in 1987 in Philadelphia, when drummer Thompson and rapper Trotter both attended the High School for the Creative and Performing Arts. Baset (pictured above, left), a fellow rapper and lyricist from South Philly eventually hooked up with the Square Roots duo (as they were then called) during the time that Thompson and Trotter could be found busking on Philly’s busy South Street.

By the time the group dropped the “Square” from their name, moved to London, and released their independent 1993 debut, Organix, Malik was an equal part of The Roots’ lineup and building a reputation as a solid hop-hop ensemble that used live instruments — a rarity in the genre at that time. 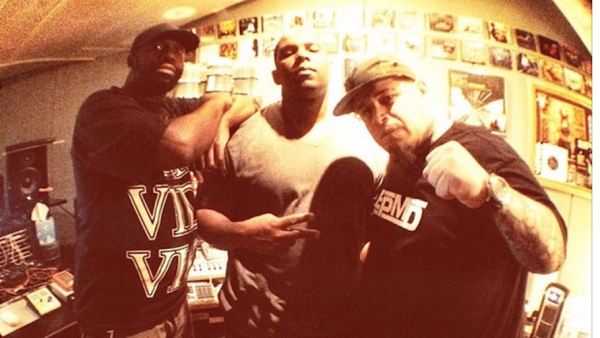 Baset remained with the group for four albums, through their 1999 breakthrough Things Fall Apart, which included the hit You Got Me, before leaving due to problems with substance abuse.

He occasionally guested with the group on albums such as 2006’s Game Theory, but his stint with the group is recalled by Black Thought on Water (The First Movement), from the 2002 album, Phrenology, their first album without him.

I met Slacks back in like, ’91, rapping
We went to Millersville to get away from gun clappin’
It ain’t last, I be in class dreaming ’bout
50,000 fans up in the stands screaming out “Encore!” Yo, I’m headed back to Philly

Since leaving The Roots, the flinty-voiced Baset released one independently released solo album Street Assault, in 2005, and an EP called Psychological in 2006 (both on the F.D.M.E. label), and appeared on fellow Roots alum Dice Raw’s Reclaiming the Dead album, 2004’s Graymatter from Maylay Sparks and a collaborative album with Mr. Green, Unpredictable in 2015.