Cristiano Ronaldo and his girlfriend Georgina Rodriguez are expecting another set of twins!

On Thursday, October 28, the soccer legend, 36, and 27-year-old Rodríguez announced the exciting news via social media.

“Delighted to announce we are expecting twins👶🏻👶🏻. Our hearts are full of love – we can’t wait to meet you ❤️🏠 #blessed,” Ronaldo captioned his Instagram post, which Rodríguez also shared to her page. 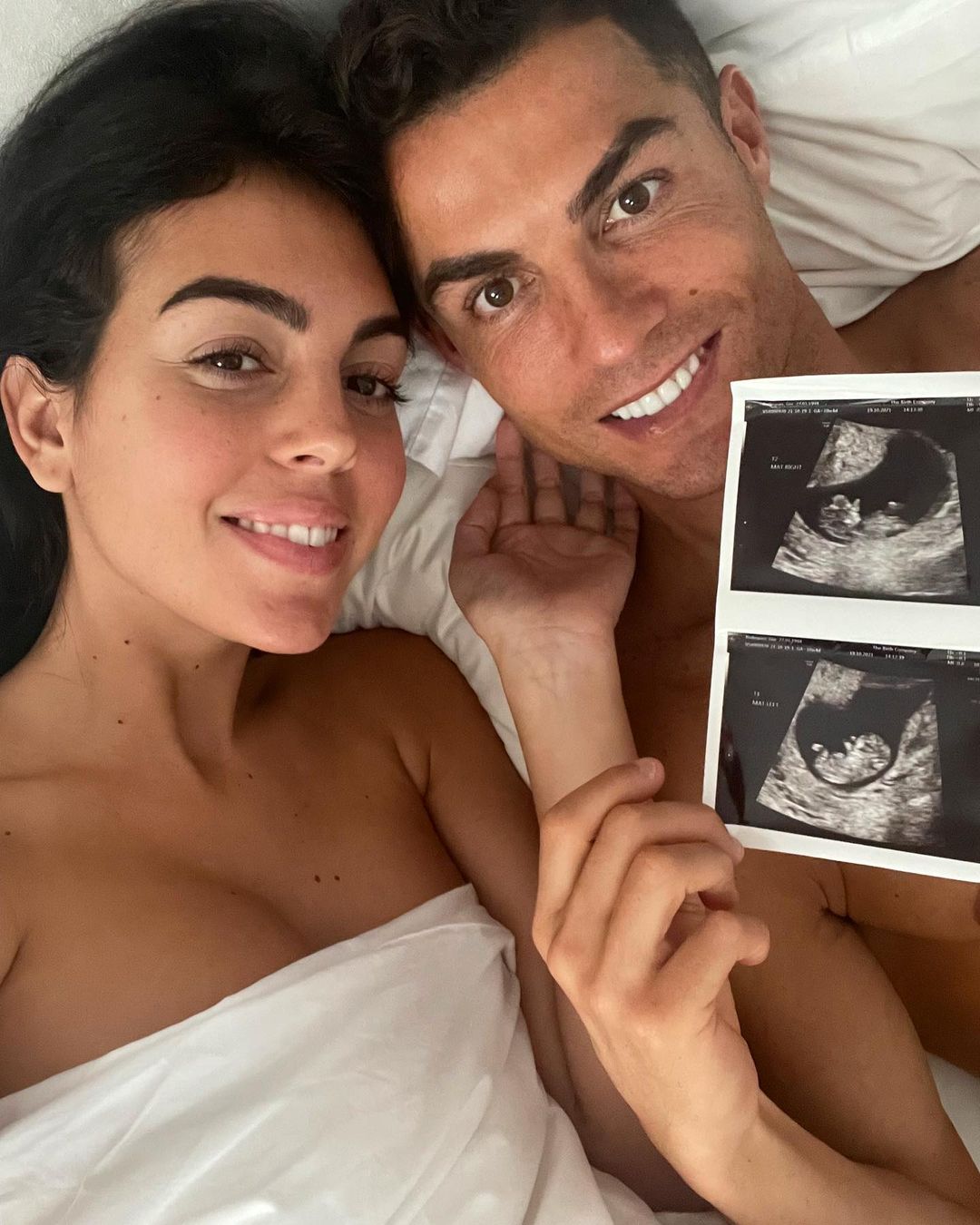 He also included a sweet snap of him hanging out with his other four children, four-year-old twins, Eva Maria and Mateo, three-year-old daughter Alana Martina, and 11-year-old son Cristiano Jr.

Last month, the athlete shared a series of family photos on Instagram enjoying the sun in Manchester with his four kids.

“Who says there is no sun in Manchester? #blessedfamily,” his caption was translated.

The pregnancy news comes months after Ronaldo — who is the highest-paid footballer and the most popular athlete on social media with more than 500 million followers across Facebook, Instagram, and Twitter, according to Forbes — returned to play for Manchester United after reaching a deal with Juventus. Ronaldo first joined the Italian team in 2018 in a trade with Real Madrid.

“Today I depart from an amazing club, the biggest in Italy and surely one of the biggest in all of Europe. I gave my heart and soul for Juventus and I’ll always love the city of Turin until my final days,” Ronaldo shared via Instagram.

Ronaldo previously played with Manchester United for six years from 2003 to 2009. There, he won three league titles and one Champions League. The father of four then played for nine years for Real Madrid from 2009 to 2018.