Britney Spears‘ agent and longtime friend has spoken out on the singer’s conservatorship after years of allegedly being threatened to keep his silence.

In a scathing Instagram post, Cade Hudson alleged Britney’s dad, Jamie Spears, advised him not to speak out about the pop star and her situation, but “enough is enough”.

“I’ve kept my mouth shut for 12 + years on Britney,” Cade wrote on Instagram, according to quoted by TMZ. “After getting thousands of death threats, getting water bottles thrown at my head in bars from bystanders telling me I’m brainwashing [Britney] lm now speaking up.”

READ MORE: Everything you need to know about #FreeBritney 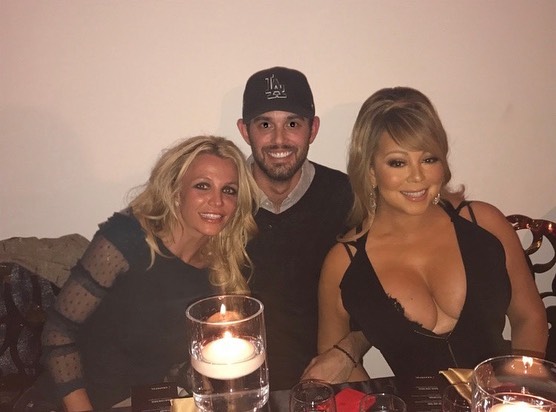 “I’ve kept my mouth shut out of the fear of losing my job as her agent and losing the career I worked my ass off for 15 years to build, out of threats from the man we all know who, but I won’t even dignify mentioning his name. I’m officially done being quiet,” he added.

Cade then said Britney was placed under an unfair amount of scrutiny, especially when she became a mother to Sean, now 15, and Jayden, now 14. Cameras followed her around relentlessly, waiting for her to slip up.

READ MORE: Britney Spears’ ex-manager Sam Lutfi says he is ‘head in hands’ sorry for his role in her breakdown

“Britney who was accused of some errors as a new mom at 26 with 100 cameras in her face daily waiting to document any wrong move she did gets placed under a never-ending conservatorship? Sexism at its best,” Cade wrote, adding that the conservatorship implemented back in 2008 is “a violation of someone’s basic human rights”. Cade then touched on the real Britney Spears behind closed doors that fans rarely get to see. He now hopes her new attorney, former federal prosecutor Mathew Rosengart, will put an end to the conservatorship for good.

“The system and the public failed her. Her new attorney is the best of the best and knows that the work has just begun but it’s progress & hope and that’s all we can ask for now until action can be taken.”

To conclude, Cade claimed there’s a mystery person in Britney’s life who has her “best interests at heart” but that person has also been “silenced”. Some fans speculate the person could be Britney’s longtime manager, Larry Rudolph, who recently resigned from his position.

“Even if people don’t see it now, it will come out,” Cade said. “To the ones who should be worried, you know who you are too. The nonsense needs to end, and the healing process needs to begin. The lord tends to pay those people back in his own ways. So for the first time I’m publicly saying #FREEBRITNEY.”